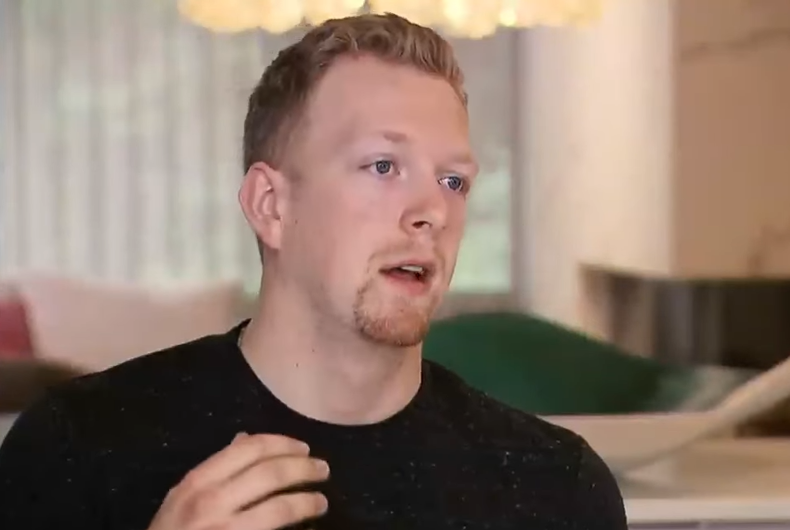 Nashville Predators prospect Luke Prokop came out in a social media post today, making him the first player in the National Hockey League (NHL) – active or retired – to come out.

“While the past year and a half has been crazy, it has also given me the chance to find my true self,” he wrote in the message shared across platforms. “I am no longer scared to hide who I am.”

“Today I am proud to publicly tell everyone that I am gay.”

“From a young age I have dreamed of being an NHL player, and I believe that living my authentic life will allow me to bring my whole self to the rink and improve my chances of fulfilling my dreams,” he added, thanking his “family, friends, and agents” for supporting him.

Prokop told ESPN that he went home last April after his season was cut short due to COVID, and that gave him the space to think and realize that he had to come out.

“I was lying in bed one night, had just deleted a dating app for the fourth or fifth time, and I was extremely frustrated because I couldn’t be my true authentic self,” he said. “In that moment I said, ‘Enough is enough. I’m accepting who I am. I want to live the way I want to, and I want to accept myself as a gay man.'”

He started to come out to family and friends, and he had to come out to his team. He called assistant general manager Brian Poile and had a good conversation with him this past June.

“I remember getting off that phone call and tears just started coming from my eyes, I was so excited,” Prokop said. “And in that moment, I thought, this is what it’s going to feel like for the rest of my life. For them to show that support that they did in that moment, it felt like I can rule the world.”

NFL player Carl Nassib came out last month, and he could be the first out player to play an NFL game.

While Nassib made headlines as an important first for LGBTQ people in professional sports, Prokop said that his decision to come out this month had already been made.

Prokop said that he feared people would think that he was coming out just to get attention – an old and tired stereotype about LGBTQ people – but instead he’s been getting support from others in the world of professional hockey.

“The Nashville Predators organization is proud of Luke for the courage he is displaying in coming out today and we will support him unequivocally in the days, weeks, and years to come as he continues to develop as a prospect,” Nashville Predators President and CEO Sean Henry said. “A long-stated goal in our organization is equality for all, including the LGBTQ community, and it is important that Luke feels comfortable and part of an inclusive environment as he moves forward in his career.”

“I share his hope that these announcements can become more common in the hockey community,” NHL commissioner Gary Bettman said in a statement. Prokop said Bettman personally called him and gave him his support. “LGBTQ players, coaches, and staff can only perform at their absolute best if they live their lives as their full and true selves. We do not take the meaning and importance of this announcement lightly.”

“It’s hard to put into words” how it’ll feel to play a match as his true self, he said.

“I’m going to lace up my skates the same. I’m going to put my jersey on the same, strap up my helmet, put on my gloves,” Prokop said. “But I’m finally going to be able to breathe and exhale and show the world the real me. And I’m so excited to see where that can take me, not only as a hockey player but as a person as well.”