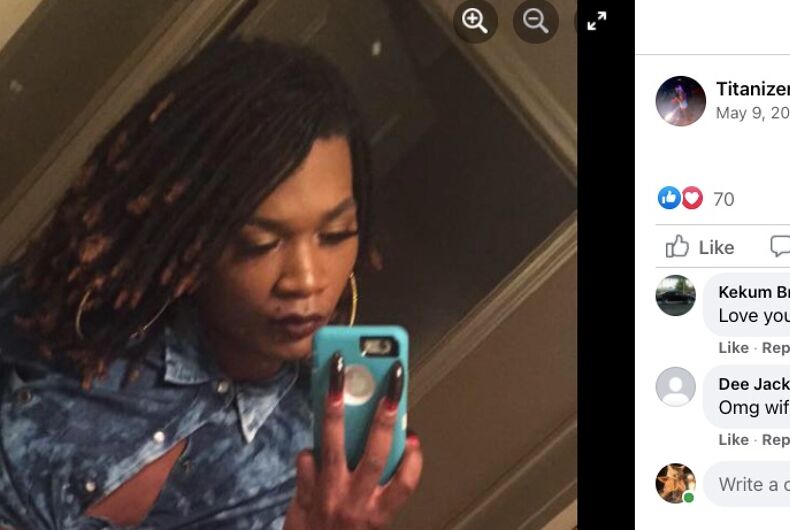 Pooh Johnson, a 25-year-old Black transgender woman and makeup artist, was shot to death in Shreveport, Louisiana on August 23. She is at least the 35th transgender person to be murdered in the U.S. in 2021.

Local police found Johnson dead from multiple gunshot wounds inside a vehicle shortly after 5:30 a.m. Police misgendered Johnson in their initial reports and are still trying to determine whether her identity played a factor in being targeted. Louisiana’s hate crime laws do not include gender identity.

Though the investigation remains ongoing, authorities have asked anyone with information to contact the Shreveport Police Department.

Johnson worked as a makeup artist under the name Titanizer, offering home visits for makeovers and makeup lessons. Pictures of her and her work remain on her Instagram and Facebook page.

“It is heartbreaking to witness another Black trans woman stolen from us by transphobia and gun violence,” said Tori Cooper, the Director of Community Engagement for the Transgender Justice Initiative within the Human Rights Campaign (HRC). “Johnson’s tragic death highlights yet again the need for attention and resources to combat this epidemic of violence.”

Cooper noted that at least 44 transgender individuals were murdered in 2020, the deadliest year on record since 2013 when the HRC began tracking transgender murders. The actual number may be much higher as trans murders sometimes go unreported or victims remain misgendered.

“The trans and non-binary community needs support in this moment and they need protection,” Victoria Kirby York, deputy executive director of the National Black Justice Coalition, said in a written statement.

Last October, Brooklyn DeShauna, a 20-year-old Black transgender woman, was shot and killed blocks away from where Johnson’s body was found.