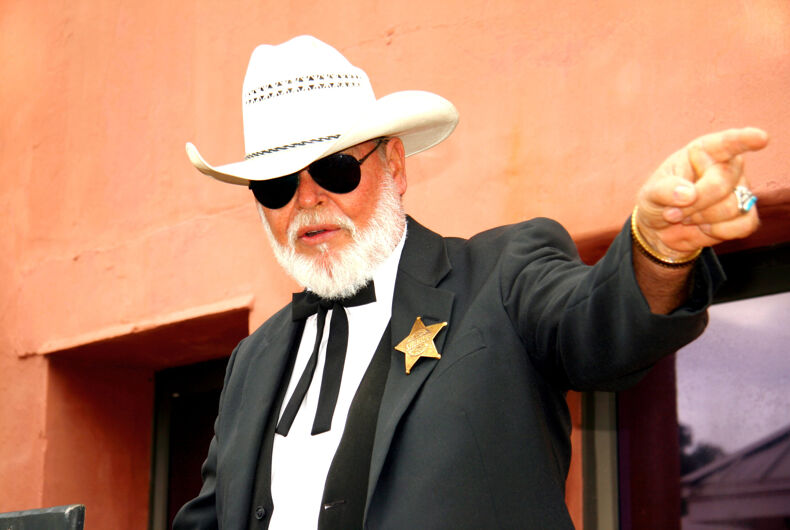 The Supreme Court has allowed a draconian ban on most abortions to go into effect in Texas and folks on Twitter have found a creative way to fight back.

The state now allows residents to turn in women who seek an abortion after six weeks along with doctors who treat her, nurses who attend, and Uber drivers who take her to the clinic. Now, thanks to social media, it’s useless and has been going down off and on as it gets flooded with fake – and hilarious – reports.

Texas Gov. Greg Abbott (R) signed S.B. 8 this past May, which allowed anyone in the state to sue for a $10,000 bounty if they think someone has carried out an abortion after the sixth week of pregnancy or even helped in the procurement of an abortion, like a cab driver or clinic receptionist.

A website allows people to leave anonymous “tips” about anyone they suspect of having or abetting an abortion. An anonymous tip, however, wouldn’t allow the snitch to claim the cash bounty.

“I encourage all of you to join me in reporting even mildly suspected abortions to the Texas #Heartbeat hotline,” comedian Deven Green tweeted. “Let’s keep these busybodies busy!”

Green portrays Mrs. Betty Bowers, America’s Best Christian, on YouTube and has a dedicated following for her sharp satirical take on the religious right. Her explanation of “traditional marriage” was one of the first viral videos on the website.

She shared a screenshot of one of her multiple entries to the form “turning in” neighbors, celebrities, politicians, and even God for their “ungodly” behavior.

“As President of the Texas chapter of Bringing Integrity Back to Christian Homemakers, I have deputized our members to assist you in your glorious efforts to nose around folks lives and find out if they are getting themselves A-B-O-R-T-I-O-N-S!” she wrote in one screenshot of her entries.

“As of this very minute I have gals skulking through garbage pails looking for Planned Parenthood receipts. With extra recruits we will be able to hide in bushes and closets and listen for conversations about YKW! We are proud to join you in the righteous crusade. Glory!”

Under the section that asks “how did you obtain this evidence,” the comedian wrote, “I am going through Heidi Cruz’s trash as I type.”

In a separate entry, she turned in Sen. Ted Cruz (R-TX) with a tip so obvious it was “in every dang newspaper in the country!”

“I know for a FACT that Ted Cruz is known to fly teenage girls to Mexico. Now, I never gossip. Except to save a soul,” she wrote. “But we ALL know what you can buy for the price of a cup of coffee in Mexico!”

“I’m not judging. That’s the Lord’s job. I’m just passing on the verdict. YOU DO THE MATH.”

As other users joined her in submitting entries to gum up the works, the claims grew even bigger and funnier.

“I seen this strumpet riding in a monster truck that was shaking and rattling down a bumpy dirt road,” Helis Bor tipped the state. “I’m pretty sure she was pregnant and that much shaking ‘borted that precious baby.”

Karen Kennedy wrote in with a question that most folks wanted to know the answer for as well.

“I heard from a friend that heard from their friend that their cousin twice removed mentioned the other day about being possibly pregnant and possibly looking to have an abortion,” she left on the form. “Should I do something or mind my own business?”

Just spotted another one! pic.twitter.com/5MYhDwFPtD

Out of Christian concern, I just reported Ted Cruz for suspicious activity to the Texas #Heartbeat informers' hotline: pic.twitter.com/Vz31Hy9EL1

I mean what a shame. pic.twitter.com/wW6Xx9f2tS