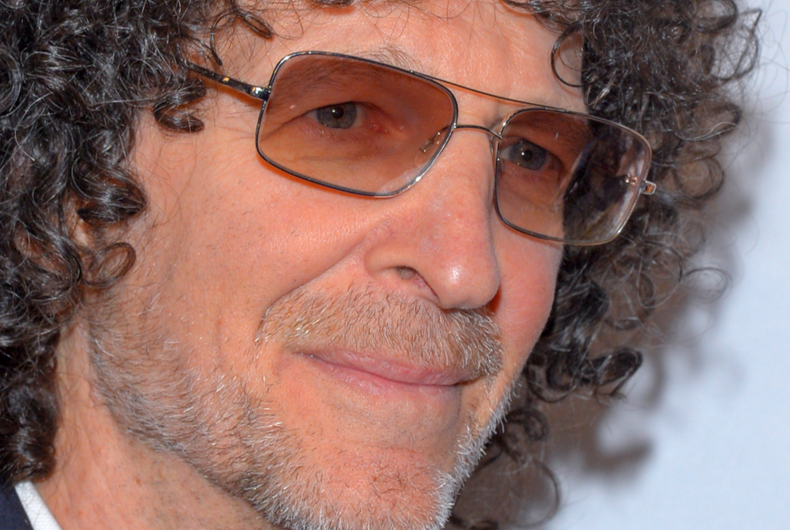 Radio host Howard Stern has a reputation for saying things other people shy away from in polite company. But his contempt for other hosts that have ridiculed the coronavirus vaccine only to die of COVID – and their idiotic followers who’ve been using medicine meant for pigs and horses on themselves instead of just getting a vaccine.

With hospitals nationwide clogged up with unvaccinated COVID patients, forcing patients with “regular” surgeries and emergencies to wait for treatment, why waste money prioritizing them if they chose not to help themselves?

Conservatives are big believers in pulling yourself up by your bootstraps, until they’re dying of COVID and begging for the vaccine. The news has been full of anti-vaxxers who see the error of their ways as they’re being hooked to a ventilator and told to make peace with their families, including the recent batch of radio hosts.

“It’s really funny when these radio, the radio guys are the best, they’re like four of them died, four of them were like ranting on the air. They will not get vaccinated. They were, they were on fire, these guys, it was like day after day, they were all dying and then their dying words are ‘I wish I had been more into the vaccine. I wish I had taken it.’” Stern laughed.

“They’re on the radio preaching this shit,” he said while playing a clip of one of the now-deceased shock jocks.

“Fuck them, fuck their freedom. I want my freedom to live. I want to get out of the house already. I want to go next door and play chess. I want to go take some pictures.”

“You know, I have trouble drumming up compassion, and I think that’s a terrible thing to not be able to drum up compassion for people that are stupid, that they wind up dying,” co-host Robin Quivers said.

“The other thing I hate is that all these people with COVID who won’t get vaccinated are in the hospitals clogging it up,” Stern continued. “So like if you have a heart attack or any kind of problem, you can’t even get into the E.R.”

“And I’m really of mind to say, ‘Look, if you didn’t get vaccinated and you got COVID, you don’t get into a hospital’,” he added.

“Go fuck yourself. You had the cure and you wouldn’t take it.”