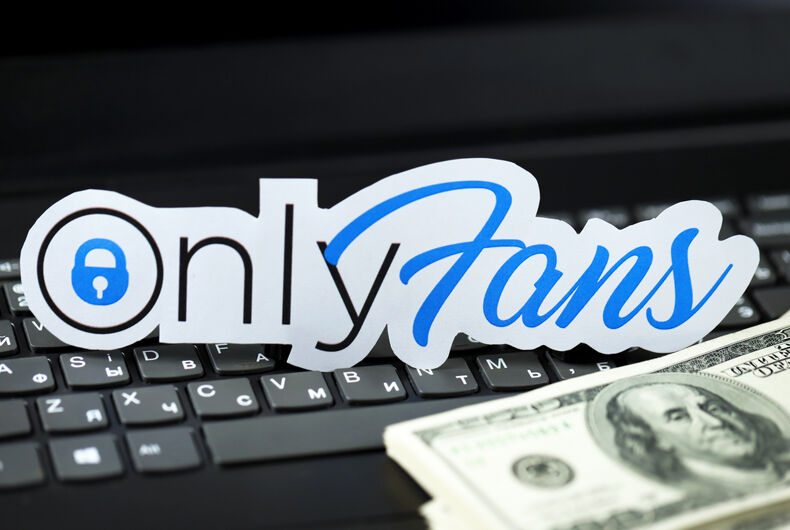 OnlyFans has announced that it will block “sexually explicit” content starting in October. In an effort to raise money from investors and satisfy banking industry demands, the site is killing the main reason users visit.

Many of OnlyFans’ content producers are sex workers, allowing them to charge subscribers a monthly fee for videos of photos. But OnlyFans is responsible for billing and distributing payments, putting them at odds with the banking industry.

Tumblr, another social media site hoping to raise funds by going family-friendly, decided to ban “adult content” in 2018 and traffic plummeted. Just a year after the ban on adult content, Tumblr’s value plummeted from over $1 billion to a mere $3 million.

Both OnlyFans and Tumblr were popular with queer content creators and have been credited with making sex work safer for LGBTQ people.

The company says users will still be able to post nude photos and videos as long as they are consistent with OnlyFans’ policies but gave no further information on what those policies will be.

Federal and state law surrounding sex work is still punitive and while legislation is often intended to protect sex workers, it tends to drive sex work further into the dark. The murky distinction is challenging for financial institutions and investors have shied away.

“In order to ensure the long-term sustainability of our platform, and the continue to host an inclusive community of creators and fans, we must evolve our content guidelines,” OnlyFans said.

Craigslist and other sites have been forced to remove personal ad sections that allowed users to solicit sexual partners in response to changes in federal law. RentBoy and other sites that facilitated sex work have been shut down by the federal government over the past few years.

RentBoy allowed gay and bisexual men to advertise sexual services. CEO Jeffrey Hurant was arrested, along with six of his employees, in 2015. He cut a deal with prosecutors and pled guilty to “promoting prostitution”; he was sentenced to six months in prison.