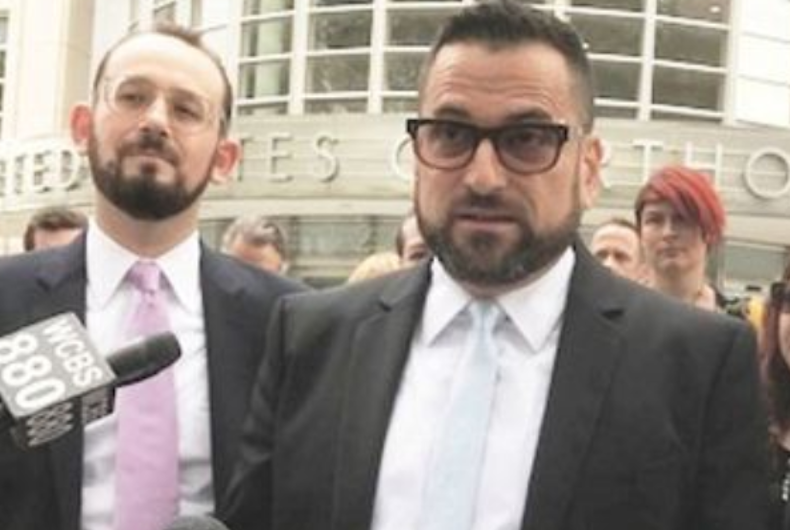 Jeffrey Hurant, the former CEO of the now defunct website Rentboy.com, started his prison sentence this week on charges related to promoting prostitution.

He is in a medium security prison in Otisville, New York, and upon release will be supervised for one year.

The website allowed gay and bisexual men to advertise sexual services. Hurant was arrested, along with six of his employees, back in 2015. He pleaded guilty in October of last year, and was sentenced this August.

The case has drawn criticism, with some suggesting that it was shut down – and Hurant charged with such a serious crime in federal court – because it catered to gay and bi men. Critics note that similar sites for the heterosexual community are allowed to operate with much more impunity.

“This case has kept me up many nights,” Brodie has admitted. She reportedly received dozens of letters in support of Hurant.

Prior to sentencing, he said he thought he was doing the right thing by making it easier and safer for sex workers to handle their business, often called the oldest profession, and pointed to his scholarship fund.

PHOTOS: These vintage gay pride photos are absolutely everything

Caitlyn Jenner declines award after outrage from the trans community