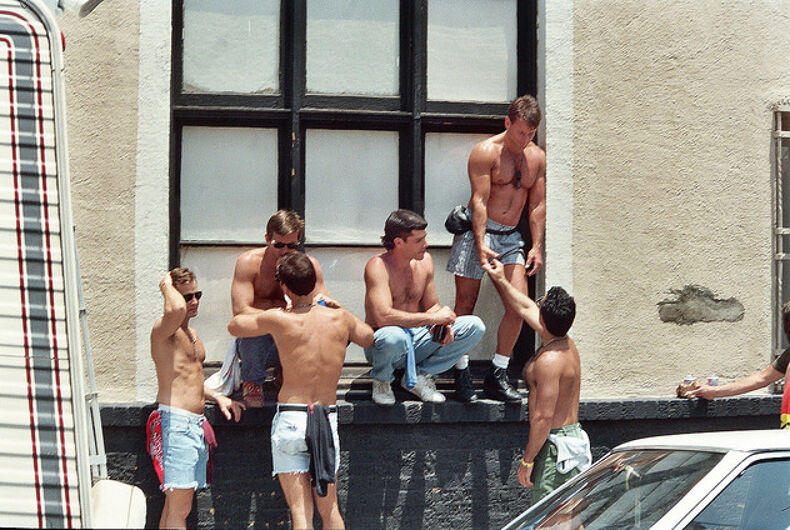 Amateur photographer Alan Light had no idea he was capturing a special moment in LGBTQ history when he brought along his camera to various pride festivals in the late ’80s and early ’90s.

Related: These 26 vintage photos of gay couples showing affection will melt your heart

“It never occurred to me at the time that they would be looked at as history,” Light, who is now retired and living in Iowa City, told our sister site, Queerty. “Or that they could one day I could share them easily and widely on something called the internet. I was just attracted to the rich photographic opportunities the events offered. I have always enjoyed photographing people, and my camera is attracted to the beautiful, mostly, and occasionally the bizarre.”

Related: These innocent photos could have landed the lovers in jail back in 1953

Light says over the years Pride has taken off in a way he never expected, with more mainstream corporate sponsors and big name celebrities getting involved with each passing year.

“Pride seemed like a huge event then, but looking back it is quaint compared to those of today,” he says. “Also, nobody then had tattoos.”

Scroll down to see Light’s photos from Prides past…