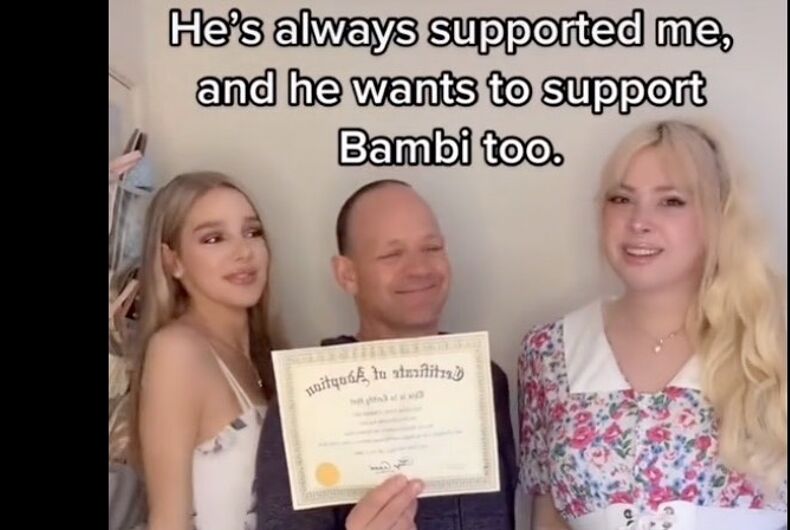 Bambi’s father rejected her when she came out as transgender, but Stevenson stepped in to right the wrong.

Stevenson recently shared that Hyland is trans during an interview, but she’s the one who’s telling the world about the new member of the family.

“My BFF’s dad left because she’s trans,” she posted. “So did this! Dad is adopting her!”

“He’s always supported me, and he wants to support Bambi too.”

“I came out at 12 and then I went through a gradual transition until I was 14, to grow my hair out, to get my name change sorted, to sort out my blockers,” Hyland said in a recent interview. “And then by the time I was 14, I was fully presenting as Grace to the public and at school.”

Now Bambi will have the same amount of support.