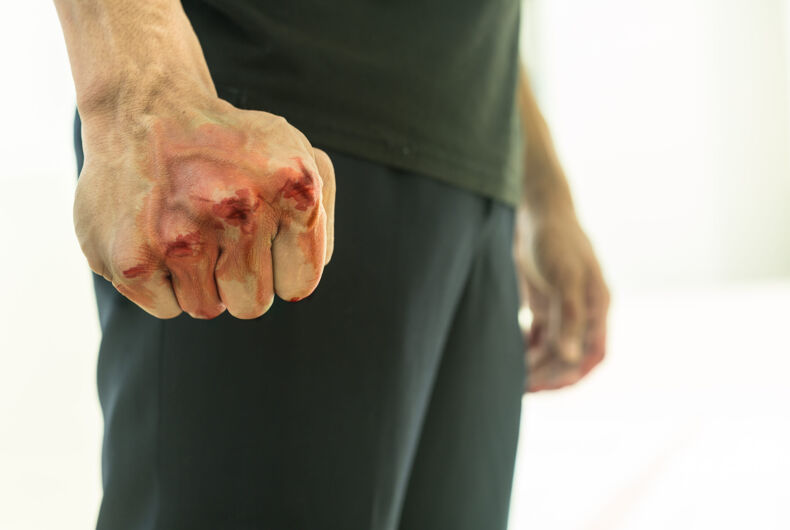 A Belgian LGBTQ organization is speaking out after a hateful attack left a 25-year-old gay man hospitalized.

Around 2:00 p.m. on August 21, a 25-year-old man in the Ixelles neighborhood of Brussels kissed his boyfriend before stepping off of a bus. After the man exited the bus, a 40-year-old man punched him in the face and spat on him.

The attacker fled, but the punch left the younger man hospitalized. He had to get stitches and then called the police. The police are now investigating, but there have been no reports of an arrest just yet.

After the attack, Belgium’s Centre for Equal Opportunities and Against Discrimination (Unia) spoke out about the increase of violent anti-LGBTQ hate crimes in the country.

While 41 attacks may sound like a small number in a country with 11.5 million people, the real number is likely higher than reported since many hate crimes go unreported each year due to fear of harassment and stigma.

The attacks have raised eyebrows since Belgium is known as one of the most gay-friendly countries in the world. The country has national protections against LGBTQ discrimination, most of its main political parties support LGBTQ rights and LGBTQ representation remains common on Belgian TV and media. Two Eurobarometer polls from 2015 and 2019 have shown Belgian support for LGBTQ rights hovering around 80 percent.

Nevertheless, Patrick Charlier, co-director of Unia, is worried that attacks like the one above show that violence remains a very real danger to the country’s queer community.

“This character of physical violence appears to be important,” Charlier said. “Proportionally, members of the LGBTQ community are more often victims of violent comments and acts rather than of discrimination (on the housing or job market, for example), which reflects a sociological reality.”

Charlier’s comments seem all the direr considering that in March, the country reported its first homophobic murder in nine years. The victim, identified in the press as “David P.”, was beaten to death by three teenagers who had lured him into a park using Grindr.

After his murder, Belgian politicians condemned the violence, and Unia pointed out a 38 percent increase in the country’s anti-LGBTQ attacks over the past five years.