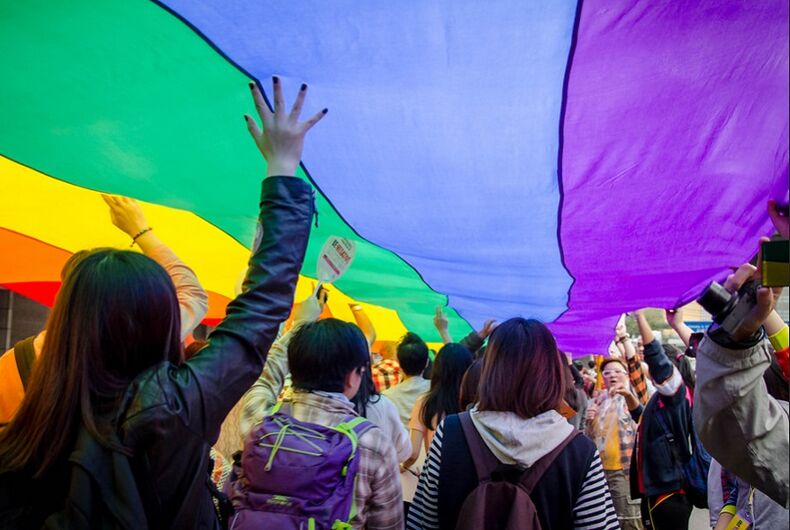 The Gay Games will be held in Hong Kong, my home for 45 years, in November. The Federation of Gay Games, the global governing body, seeks to promote equality and inclusion through the games, elevating LGBTQ equality and leaving a legacy of changed social and political attitudes.

The Hong Kong games mark the first time they will be held in Asia, a milestone for an area steeped in colonial state-sponsored homophobia and “traditional” values. The call to boycott the games because Hong Kong has become authoritarian is misguided. Hong Kong has always been authoritarian, first as a British colony, and later as a part of China.

When the federation awarded the games to Hong Kong in 2017, we had no elected government – it was appointed by Beijing. We had no way to hold our government to account. These are all hallmarks of an authoritarian regime.

Hong Kong is becoming more authoritarian, true. The imposition of a new national security law and political system in 2020, in response to the Hong Kong government’s incompetent management of anti-government protests here, has narrowed but not eliminated the space for dissent and opposition.

I am no defender of our government, but Nelson’s over-the-top characterization of life in Hong Kong is absurd. We still have access to the internet, relatively free media especially online (I contribute to one of these), church-run schools that confront the state, and a relatively independent judiciary.

Nelson is obviously pushing a domestic-US political agenda. Why should the federation allow its activities to be hijacked by self-serving US politicians?

The purposes of the games, promoting equality and inclusion, are aspirational. No place that I am aware of (including Taipei, Seoul, or Sydney – Nelson’s preferred alternative venues to Hong Kong) has fully implemented “equality.” To attack more authoritarian Hong Kong for having failed this test is irrelevant.

Even under the difficult conditions in which Hong Kong now finds itself, there are strong reasons for the games to go ahead here.

First, Hong Kong is making progress on LGBTQ rights and has the potential for more progress. The government decriminalized gay sex in 1991, overthrowing a colonial law imposed by the UK.

The international business community has long supported the LGBTQ community in Hong Kong. Scores of prominent public and private organizations have signed up to a local government-sponsored code of practice forbidding discrimination in employment based on sexual orientation.

Obviously, there is much to be done. The government has so far refused to outlaw discrimination against LGBTQ people, citing the need for public education. In 2016, 55.7% supported such a law, and 92% of young people. A 2018 survey found that 50% of respondents supported same-sex marriage.

Hong Kong is ripe for reform, and the games have the potential to change social attitudes.

In June a debate in Hong Kong’s legislature on providing support for the games, revealed divided opinions. A small minority denounced the games (one compared pink dollars to “dirty money,” which is “disgraceful”) and demanded that the government not facilitate them by providing venues.

Others, however, spoke out in their defense. Hong Kong government’s Chief Executive, no friend of marriage equality, called the critics divisive and accused them of propagating hatred against certain sectors of the community. She went on, “The government understands that the purpose of these games is to promote inclusiveness and diversity, so we have no problem with that sort of spirit and purpose.”

A local LGBTQ activist and organizer of gay pride, Wylie Yeo, slammed the lawmakers for being “out of touch.”

“Civil society is really supportive, citizens really support LGBTQ,” Yeo said. “We have never had so many businesses supporting Pride Month as this year [2021] … it’s just the people remaining in the Legislative Council who are out of touch… they are the ones dividing Hong Kong.”

The Chair of the Equal Opportunities Commission called for an anti-discrimination law. Public education needs these sorts of discussions. Bringing the games to Hong Kong puts LGBTQ issues back on the government’s agenda. Isn’t that good?

Hong Kong as a venue for the Gay Games has other advantages. Hong Kong is a city in China and boasts the largest LGBTQ community in the world. It is interested and active, despite Chinese government suppression. Holding the games in Hong Kong, a city of China, is a recognition that social and political attitudes there, too, can change.

John P Burns is an Emeritus Professor at the University of Hong Kong.