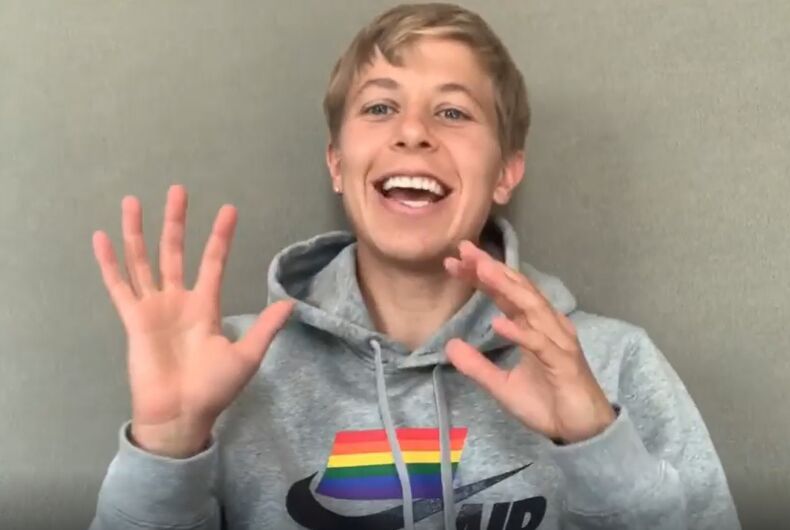 Soccer player Quinn is the first out trans athlete to win an Olympics medalPhoto: Video screenshot

Quinn, a non-binary Canadian soccer player, has become the first out transgender person to win a medal at the Olympics. Quinn uses they/them pronouns.

Quinn, a soccer star for the Canadian women’s national team, came out as transgender in September. Last week, they became the first openly trans athlete to participate in Olympic competition.

Canada beat the United States to capture at least the silver medal. The team will face off against Sweden on Friday to determine which country brings home the gold.

Acknowledging the history behind the moment they took the field, Quinn said in a post on Instagram that they “don’t know how to feel.”

“I feel optimistic for change,” they said.

Quinn won a bronze medal in the 2016 Summer Olympics but wasn’t out at the time. Quinn also plays in the National Women’s Soccer League (NWSL), currently for the OL Reign in Seattle, making them a teammate of out American soccer star Megan Rapinoe.

Weightlifter Laurel Hubbard from New Zealand, the first trans woman to participate in the Olympics, also competed today but failed to win a medal. She largely avoided the press and social media.