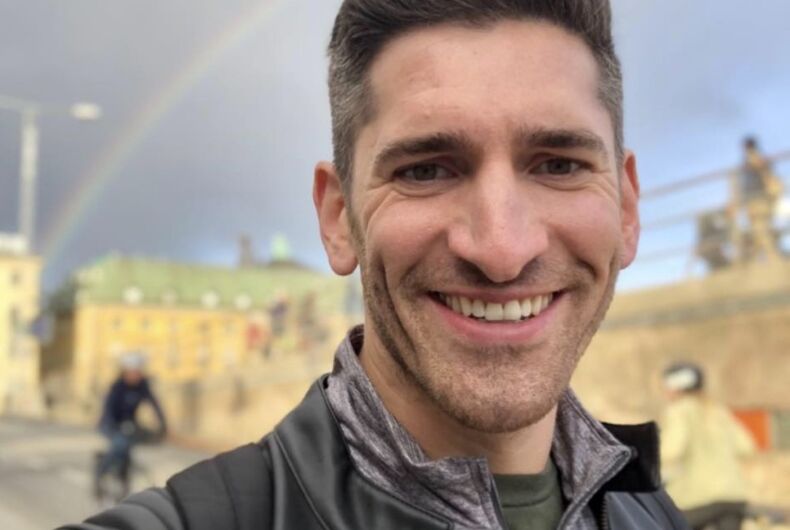 The CDC is crediting a gay scientist for collecting and providing vital data about the coronavirus delta variant that helped them change their guidance to respond to the fast-spreading, more infectious version of COVID-19.

“Citizen scientist” Michael Donnelly used his and his husband’s network to personally document what’s now being considered an outbreak that took place in Provincetown, Massachusetts over the Fourth of July weekend. Donnelly’s compiled the information on his website and shared it with the CDC “practically in real time,” according to NPR.

Related: Republicans now want you to get the vaccine. But they also keep lying about it.

Donnelly and his husband didn’t personally travel to Provincetown, which is a favorite summer vacation town for many LGBTQ people. But he noticed that many people he knew that did were either getting sick or showing symptoms of COVID-19, even those that had been vaccinated from the virus.

A data scientist in New York City by trade, Donnelly had already worked to forecast the pandemic as it happened through the pandemic with a small team of independent researchers working for the state of New York. His work in that capacity had ended, however, and he know declaring an outbreak takes week of research.

So Donnelly began compiling information on his own website, COVIDOutlook.info, which he founded along with Dr. Michael LeVasseur, a professor at Drexel University in Philadelphia.

“Michael’s known as the COVID data guy, [so] when he started asking about it, I was like, ‘Oh, this makes a lot of sense that he’s going to be pulling something together,'” said Zorik Pesochinsky, who was in Provincetown on the Fourth, who added that “the lines were even longer — the bars were even busier and more full” than years prior.

Donnelly documented about 51 people with cases of positive coronavirus tests, all seeming to originate from Provincetown, in under three days. He said he had no qualms getting the information from people because they wanted to help themselves and others.

“The norms of the gay community say: Share your medical history, share your risks with other people so that they can be responsible and take care of themselves as well. That came with years of practice within the community, particularly around HIV and AIDS,” Donnelly said.

He contacted the deputy incident manager for COVID-19 Response at the CDC, Dr. Demetre Daskalakis, on July 12, a week after the Fourth of July weekend concluded. Thanks to Donnelly, “We triggered the investigation as people were getting symptomatic,” Daskalakis said, virtually at “warp speed.”

The next day, Massachusetts health officials and CDC staff across the country had access to information and analysis that typically takes weeks.

“It’s quite certain that if we didn’t have the heads-up from Michael — because of what he was seeing among his friends with his statistician hat on — we wouldn’t have heard about it as rapidly,” Daskalakis said.

“It’s not the easiest thing in the world to go to a meeting with 10 CDC epidemiology experts and explain the intricacies of Circuit Week versus Bear Week and just how many hundreds of people they can squeeze into those spaces with terrible music,” Donnelly told NPR.

“I’ve been telling my friends, you haven’t lived until you’ve talked about twinks with the CDC.”

On July 27, the CDC announced an updated guidance for people who were vaccinated, recommending that they wear masks in indoor spaces whenever possible.

On July 30, a full report of the Provincetown outbreak was released. 469 cases were documented in Massachusetts, with 90 percent of the virus specimens analyzed being determined as products of the delta variant.

346 of the cases occurred in people who were fully vaccinated. Only four of them were hospitalized, and zero deaths have been reported.

Just released: @NPR's @selenasd tells the full story of how the gay community helped the @CDCgov understand at "warp speed" why we were seeing so many breakthrough infections in Provincetown.

Grateful to have been able to help with @dr_demetre.https://t.co/DEPKXSAQHV

This @NPR piece proves: 1) citizen science works! 2) public health is truly a team sport. Grateful to @donnellymjd and @dr_demetre for furthering our understanding of the pandemic. #ittakesavillage https://t.co/C5hwgLmGmc

The Republican Party should come with a warning label