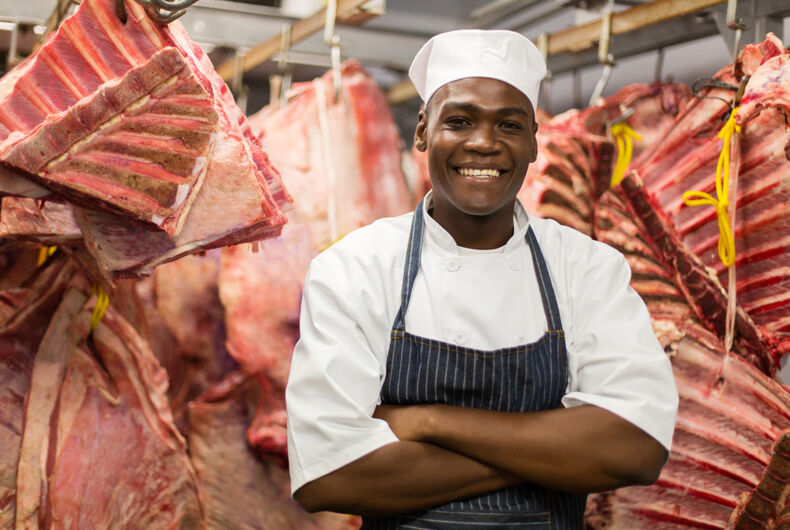 Fleischer’s, a chain of high-end butcher shops around the New York City area, is temporarily closed after dozens of staff members walked out when the company’s CEO removed Pride flags and Black Lives Matter signs from the stores.

People of color and queer people make up about half of the CEO John Adams’s employees. He learned about the consequences of his actions the hard way when three dozen employees walked out.

Members of the butcher shops’ staff say Rob Rosania, a major investor in the chain, called Adams after a friend called to complain about a BLM sign that “offended” him. Rosania demanded the sign be removed. Adams complied, traveling to Connecticut and New York City to remove the banners and signs.

Staff rebelled, castigating Adams directly and taking their outrage to social media. Adams had promised to bring more “accountability to the company,” and his employees wanted him to know he’d failed in a major way.

“I told him he failed at that,” Ajani Thompson, the only Black employee at the chain’s Brooklyn location, told Forbes. “You were trying to get our trust, and I don’t feel comfortable here. I don’t feel safe coming into work because you didn’t do that.”

Adams has only been on the job for two months after relocating from the Bay area.

He quickly apologized to staff and put the banners back up, sending photos to his employees to show them how sorry he was. But staff say they’d hoped Adams would stand up to Rosania, who has been increasingly involved in the company. Rosania also apologized.

A sign at the Upper East Side location in Manhattan says that in the face of the labor shortage, they don’t plan to reopen counter service until the end of August. Only 30% of the chain’s employees stayed with the company.