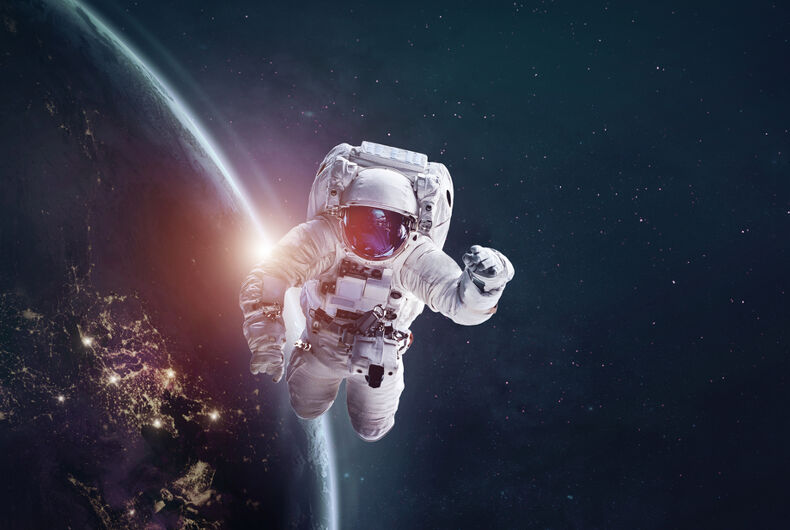 Out Transportation Secretary Pete Buttigieg isn’t just excited about infrastructure. The idea of outer space also gets him ready to pack his suitcase and hit the road.

“I would go up in a heartbeat. I think it’s such exciting stuff,” the former presidential candidate said during an event at the Economic Club in Washington, D.C.

Related: George Takei wants this guy to be the first out gay man in outer space

Buttigieg revels in his reputation as a geek and doesn’t shy away from his love for science and policy ideas. His husband Chasten is a former schoolteacher.

Billionaire Jeff Bezos rode one of his rockets into space earlier this week as he attempts to create an industry around space tourism. Bezos believes that the industry would generate massive amounts of money and he wants to lead the charge. He has been competing with two other billionaires, Elon Musk and Richard Branson, for the prize.

One of the world’s wealthiest men, Bezos is also known to be cheap when it comes to charity. While his ex-wife, has pledged to give away her fortune, Bezos has sunk his dollars into buying the Washington Post and building rockets.

Branson, who flew to the edge of space a few days before Bezos’ trip, has already sold more than 600 reservations for his upcoming venture at $250,000 a seat.

“I don’t think the airfare or spacefare, whatever you would call it is going to be in my budget anytime soon,” Buttigieg, who is not a billionaire, said.

The Office of Commercial Space Transportation is part of Buttigieg’s department and he says the launch indicates that government regulations for the safety of passengers will obviously be needed soon.

“I think there will be a lot more where this came from,” he said. “Everybody understands it will be a while before we’re at the level of commercial air travel where you should have 100% expectation of safety onboard. But whatever risks those early travelers decide they’re going to take on, we have got to make sure there is no risk to people on the ground and in the airspace.”

“It’s very exciting, but one of many things across the 2020s we’re going to grow into, because we weren’t just designed for a lot of private space travel.”

But speaking for himself, Buttigieg appears willing to take the risk.

Anti-vaxx radio host hospitalized with COVID. He “regrets” that now that he’s fighting for his life.