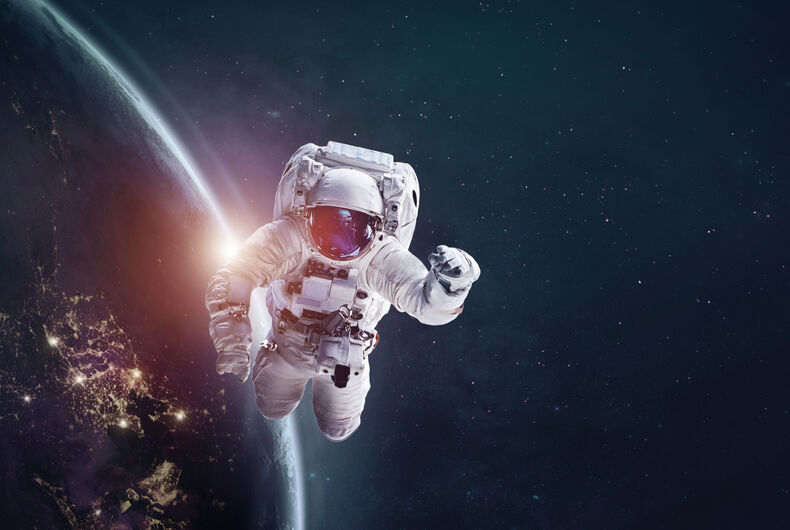 Jon Carmichael wants to be the first out gay man to go to outer space. And actor George Takei, who famously played Sulu on Star Trek, is trying to help him get there.

Carmichael wants to be part of the first all-civilian mission to space, Inspiration 4. The ship will have four crew members.

The crew is being selected currently based on qualifying characteristics.

Jared Isaacman, a jet pilot who founded a payment processing and e-commerce company and bankrolled the adventure, will be the flight commander. Hayley Arceneaux, representing “Hope,” is a childhood cancer survivor who now works at St. Jude Children’s Research Hospital.

Members representing “generosity” and “prosperity” have yet to be chosen. The former is for someone who “has supported the St. Jude mission” while the latter will be “an inspirational entrepreneur.”

“I believe representation is important,” Carmichael tweeted to Takei. “When I look back when I was a child/teenager who was terrified to come out, felt that I was less-than and would never amount to anything, had I seen an openly gay person being selected to go to space, it would’ve changed everything for me.”

First gay man to go to space? I certainly can relate to that dream!

Jon's story is truly inspired. To my LGBTQs and allies, can we make this young man's day with a RT barrage? Let's give it maximum warp and help send Jon on that mission! https://t.co/6gRM33DTVb

Twitch tried to be inclusive using the term “womxn.” Instead they alienated LGBTQ people.

A trans woman’s murder in front of dozens of witnesses remains unsolved. That’s not uncommon.