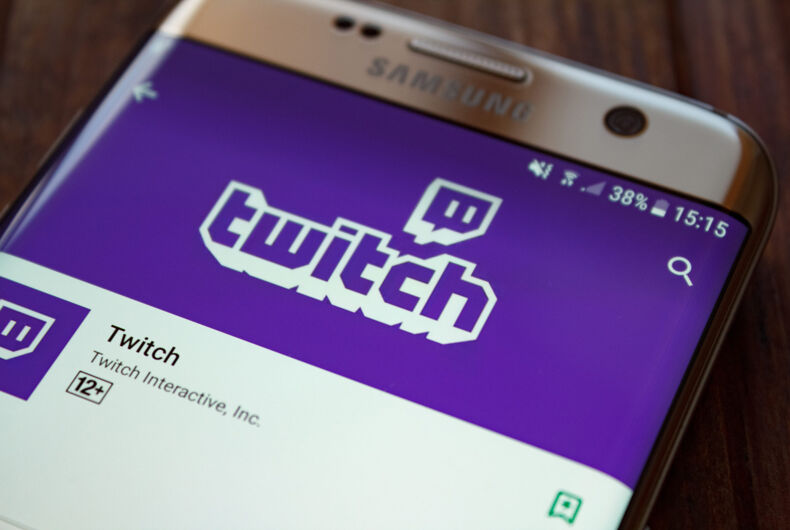 Video game streaming platform Twitch tried to prove how inclusive they are of women for Women’s History Month. Instead, they had to issue an apology.

The Amazon-owned platform “originally wanted to use a word that acknowledges the shortcoming of gender-binary language,” and landed on “womxn” instead of saying “women.” But after backlash, the company acknowledged that “we will be using the spelling ‘women’ moving forward” because LGBTQ people called the neologism “othering.”

Twitch initially tweeted on March 1, “Join us in celebrating and supporting all the Womxn creating their own worlds, building their communities, and leading the way on Twitch.”

The spelling and origin of womxn “stems from a longstanding objection to the word woman as it comes from man,” Dr. Clara Bradbury-Rance told the BBC. It’s similar to the term Latinx, which is used as opposed to the gender-associated terms Latino or Latina, and is sometimes used as a more gender-neutral version of the word “woman” to included non-binary femme people.

The use of Latinx has its own similar criticisms that say it has the opposite effect it is intended to have.

However, in online culture, “womxn” is often used by transgender exclusionary radical feminists (TERFs) who wish to keep trans women and cis women separate, even in descriptors and introductory language.

“Trans and NB women are WOMEN, not womxn,” one person pointed out. “With womxn you’re just separating them more, you’re not being inclusive, you’re excluding them from women.”

BBC correspondent Ben Hunte noted that “whilst Twitch was attempting to be more inclusive with this initiative, the language alienated LGBT people and caused a wave of criticism.”

While we originally wanted to use a word that acknowledges the shortcoming of gender-binary language, after hearing directly from you, including members of the LGBTQIA+ community on Twitch, we will be using the spelling “women” moving forward.

We want to assure you that we have, and will continue to, work with the LGBTQIA+ community. We're still learning. Our good intentions don't always equate to positive impact, but we're committed to growing from these experiences, doing better, and ensuring we're inclusive to all.

Hunte also noted that the BBC found employees of Twitch who reported that “everyone” had an inkling that using the term was a bad idea, but it was approved anyway.

The U.K.-based Trans Media Watch has previously explained they won’t use “womxn” because “we would generally just write ‘women’ in the usual way because we feel it’s important for people to recognize that trans women are women,” then chair Jennie Kermode said.

“We want to assure you that we have, and will continue to, work with the LGBTQIA+ community. We’re still learning,” Twitch said on Twitter.

But others have been critical of the team behind Twitch before and weren’t so confident.

“THOUSANDS of your community members asked for a trans tag, detailing why it’s important. Listen to them,” Jeff Brutlag  said in a reply to the apology.

“How many times are you going to ‘do better,'” asked Twitch partner @iambrandon.

It’s great that you’re listening to the community, and making sure to make decisions that have positive impact for them on the platform

So, that being said, THOUSANDS of your community members asked for a trans tag, detailing why it’s important. Listen to them.

Once again this is very disappointing. How many times are you going to “do better”. https://t.co/NBt8Ks18Gk

Trans and NB women are WOMEN, not womxn.

With womxn you're just separating them more, you're not being inclusive, you're excluding them from women.

So if it's offensive to people in the trans community, then it's obviously not doing the thing they set out to do.

that twitch intern sending out the “womxn” tweet pic.twitter.com/ley4qs1f9A

Pete Buttigieg is selling his Indiana home. A cabaret is already planned for the house.