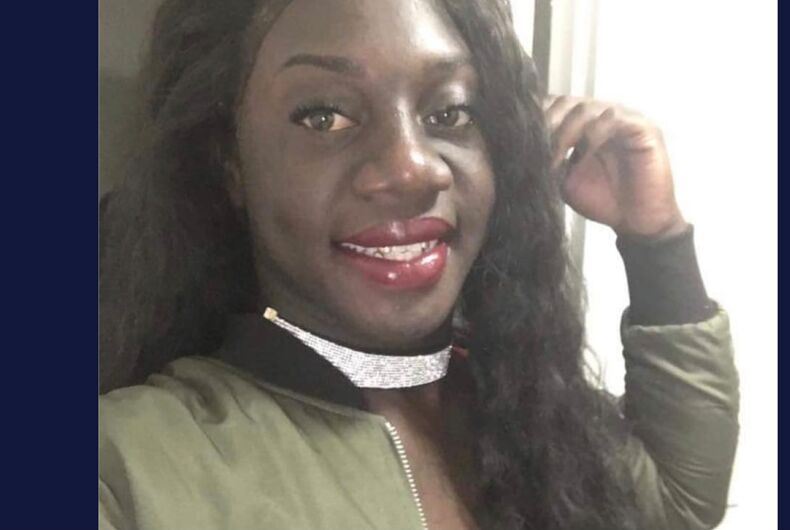 Bree Black was gunned down on July 3, 2020 on a crowded street with “approximately hundreds” of witnesses in Pompano Beach, Florida. She was deadnamed by police when they revealed the news, although it was known initially that she was a trans woman.

Eight months later, her case remains unsolved — but investigators and activists are doing what they can to prevent this from happening again.

Research shows that the hardships trans people face in the legal and criminal realm make it harder to solve murders. On a federal level, there is little information available for anti-trans discrimination or crimes, and that is only exasperated by localities that fail to track these issues as well.

Thus, it’s up to non-profits and independent researchers, like Brendan Lantz of the Hate Crime Research and Policy Institute, to compile data on the matter. Lantz’s data estimates that the clearance rates for investigations into the murder of trans people is 44 percent in the United States, and 40 percent in Florida.

Out of the 10 recent murders of trans people in Florida, Lantz believes nine were misgendered. “I think it’s really important to look at the relationship between misgendering, deadnaming, and clearance rates,” he explained.

“In the case of Bree Black, the frustration remains that even though detectives know there were multiple witnesses on scene at the time of the murder, none came forward with information to help this case,” Sgt. Donald Prichard told the Sun-Sentinel in a postpartum of the events following Black’s murder. Prichard said there were several tips “…which contained no actionable information that would help move them forward in the case.”

Key information that the Broward County Sheriff’s Office investigators gathered had to come from Tatiana Williams, director of the Transinclusive Group. The group received the 2020 Human Rights Campaign Equality Award. Williams connected with Black’s family and friends and learned vital information that could allow Black’s murder to finally be solved.

It became clear to those involved how costly deadnaming can be, and it could be the mistake (or intentional disregard) that could make or break an investigation.

this HAS to stop…. yet another Black trans woman killed for absolutely no reason & no idea who did it. we don’t deserve this. we never have. everyone staying silent in the face of this is JUST as guilty. Rest In Peace, Bree Black. pic.twitter.com/mXLNqYUwJM

Realizing they had a problem, out employees at the Broward County Sheriff’s Office started the Multi-Jurisdictional LGBTQ+ Liaison Coalition. It consists of one staff member from each of the law enforcement agencies responsible for serving Broward County, focused on addressing the difficulties they’re facing in the investigations of crimes against LGBTQ people.

“Those agencies that have embedded, ingrained, engaged LGBTQ+ liaison teams who are talking to the community,” Gina Duncan, Director of Transgender Equality at Equality Florida, said. “That’s kind of one of the secret sauces of not getting it wrong,” she believes. “Education is the critical component.”

Duncan explains that all law enforcement can take basic steps to show respect for trans people that they’re working with in the community. “When someone says to a transgender person ‘what pronouns do you use’ or ‘what name would you like me to call you’, transgender people know that’s code for ‘I want to respect you. I understand the dynamics of being transgender and I want to make sure that I don’t misgender you or mistreat you in any way’,” she explains.

The Coalition recently held a seminar led by Nik Harris, activist and LGBTQ consumer advocate at the Florida Department of Agriculture and Consumer Services. She also works with the Transinclusive Group and was one of those trying to solve Black’s murder.

Sgt. Barb Hendrickx of the Coconut Creek Police Department shared that she came into it knowing that many officers she works with are often trying to get the basic signs of respect right.

“One of the biggest things I took away from [Harris’ seminar] is referring to someone the way they want to be referred to as vs. what legally is on their driver’s license, because even though it says male or female, that may not be how they identify, and out of respect it’s important to build that bond and build that respectful relationship with them,” she explains.

Thanks to @FDACS Nik Harris for leading the seminar, LGBTQ+: An Ally's Guide. It was set up for members of the Broward Co Multi-Jurisdictional LGBTQ+ Liaison Coalition. The training was designed to familiarize coalition members with how to best serve all of our LGBTQ+ community. pic.twitter.com/fgzUMZf7Tw

LGBTQ+ liaisons in place can help at every level of law enforcement, whether it’s a patrol officer pulling someone over for a routine traffic stop, filing a report with accurate gender or knowing how to respectfully engage with a trans person, Duncan said. https://t.co/zFMlNmm49q