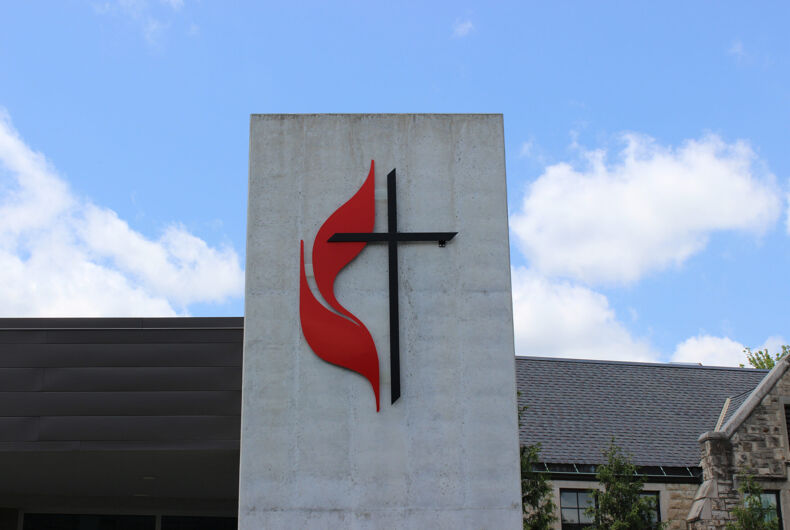 The United Methodist Church (UMC) has seized a member church in Georgia following a rift between the church’s leaders and the denomination-led conference, which left the denomination’s appointed pastor unable to take helm of the church.

The North Georgia Conference of The United Methodist Church, its board of trustees and Bishop Sue Haupert-Johnson, “Acting out of love for the church and its mission… have unanimously determined that ‘exigent circumstances’ have threatened the continued vitality and mission of” Mt. Bethel United Methodist Church in Marietta, Georgia.

“Given this determination, all assets of the local church have transferred immediately to the Conference Board of Trustees of the North Georgia Conference,” the conference said in a statement.

The operation of Mt. Bethel will continue on, “but under the direction and control of the Conference Board of Trustees.”

This includes the church’s school, the Mt. Bethel Christian Academy, and any property — owned by the church or owned personally by its congregants but within the church’s possession — all immediately transferred to the conference’s board, “who may hold or dispose of such property in its sole discretion.”

They said they will decide by June 2022 ““whether to formally close the local church” or not.

The issues started in April, when Mt. Bethel’s pastor, Rev. Jody Ray, was reassigned to a newly created position within the conference’s staff that was “related to racial reconciliation.”

Instead, though, Ray “surrendered his credentials” and pledged that Mt. Bethel would be leaving the conference and wider UMC.

He contended that he was not consulted about the appointment and felt it was retaliation for Mt. Bethel’s stance against LGBTQ rights, which have also divided the denomination nationwide.

“My options were to accept the move, take a leave of absence or surrender my credentials,” he said at a press conference.

“That’s not consultation. It’s just notification, and it violates both the spirit and letter of the covenants that bind us together.”

The church’s leadership decided, also unanimously, to move forward the disaffiliation process, although they hoped to do it “will be amicable, orderly and timely,” according to co-lay leader Rustin Parsons.

“We long to go our separate way in peace so we can give our full attention to being the church God has called us to be in this community, the greater Atlanta area and our missions around the world,” Parsons said.

Bishop Haupert-Johnson has denied that Ray’s reassignment was motivated under than a need to fill a position in their office. She said that she has made over 70 appointments in the spring.

Rev. Steven Ursy was selected as the “pastor-in-charge” by the conference beginning July 1. Mt. Bethel did not cooperate with Ursy.

“For the past few months, I have been concerned that the present crisis would only get worse,” Usry wrote in a letter to the church’s estimated 10,000 congregants. “Unfortunately, the actions by some at Mt. Bethel only exacerbate an already unhealthy situation.”

The bishop responded to this early in July expressing her concern. Now, the conference has taken action.

“These conference agencies have taken action to preserve the legacy of the Mt. Bethel church and its longstanding history of mission and ministry,” the conference said.

The church’s congregation issued a statement condemning the decision.

“While she claims she is acting out of ‘love for the church and its mission,’ enlisting attorneys and the courts to seize assets is a strange way for a bishop to show her love for one of the healthiest churches in her conference,” they said.

This is not the first time that the UMC’s position on LGBTQ people has caused conflicts with Mt. Bethel. In 2016, pastor Ira Pittman said he was forced to resign because he was gay.

Pittman had not revealed his sexuality to members of the church, but introduced his partner of 16 years at a Christmas party. He said he was forced to resign after because leaders said he violated the church’s stance on homosexuality.

The Methodist denomination’s position on LGBTQ rights has been a continual point of contention in recent years, as more churches aim to become more conclusive, but a slight majority of the conference continue to stand against acceptance of LGBTQ people.

UMC is expected to break into separate denominations later this year , but the coronavirus pandemic has impeded such massive changes as of late. A conservative coalition of Methodist churches known as the Wesleyan Covenant Association plan to form a “Global Methodist Church” after the split.

Mt. Bethel is a founding member of the Wesleyan Covenant Association.

In September 2020, the Asbury Memorial Church left  UMC explicitly “due to its unequal treatment of LGBTQ people.”

Asbury Memorial voted overwhelmingly in favor of leaving the United Methodist Church – 309 congregants to 7 – in September 2019, months after the UMC’s controversial decision in February 2019 to reinforce its “Traditional Plan” in all churches.

In part, the “Traditional Plan” includes denouncing same-sex relationships as “incompatible with Christian teaching,” which has been part of the church’s doctrine since 1972.