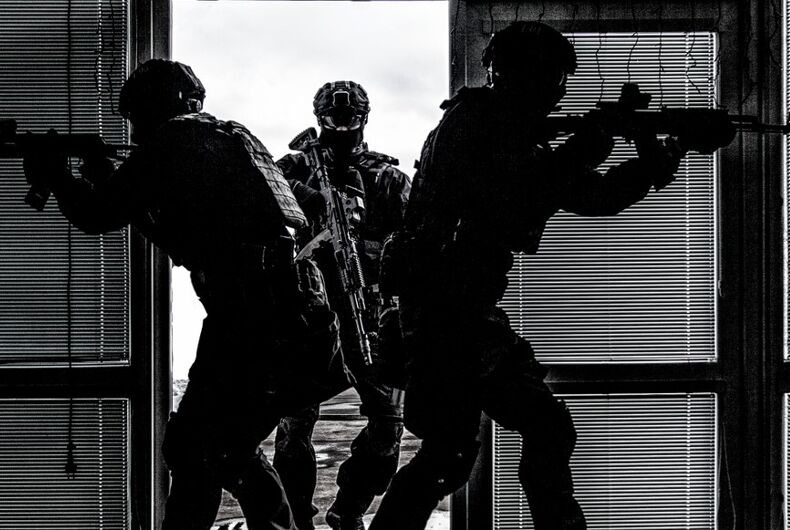 Four men were arrested in a police raid and are facing charges under Maryland’s sodomy law.

The Harford County Sheriff’s Office raided the Bush River Books & Video store in Abington on May 20, arresting eight men accused of engaging in sexual acts with other men and one accused of soliciting prostitution from an undercover female deputy.

The video store lets people rent locked rooms where they can watch adult video content. According to the Harford County Sheriff’s Office, they have received complaints from area residents and other patrons about the store.

“I went inside and was hooking up with someone and the next thing I know eight of us were against the wall with handcuffs with plastic zip ties on them,” one man arrested in the raid told the Washington Blade. “And we all spent the night in jail. I was released at like six o’clock in the morning.”

“I don’t know why people have a problem with this. We go there to meet people like us.”

A friend of another of the arrested men said that his friend and another man were in a locked booth together when police “in full riot gear unlocked his room and arrested him and his friend.” They are now facing a charge of indecent exposure for their activity in a locked room.

“They spent the night in jail and were badly treated,” the arrested man’s friend said.

Like many sodomy laws, the text of this law does not explicitly name gay and bi people – heterosexual couples can also engage in oral sex – but in practice laws like these are only enforced against people having sex with the same sex.

Sodomy laws like this one were overturned by the Supreme Court in its landmark 2003 Lawrence v. Texas decision, which said that states can’t use appeals to morality to justify laws that ban private activity between consenting adults.

“There are cases around the country discussing whether certain areas are private, usually focusing on whether the participants had a reasonable expectation of privacy,” attorney Greg Nevins told the Blade. He said that locked rooms in video stores should be considered the same as locked hotel rooms.

That several of the men aren’t facing charges for indecent exposure at all indicates that authorities are not even accusing them of having sex in public.

The Sheriff’s Office defended the raid in a statement, citing “an increased number of concerns and allegations of a wide variety of illegal activity.” The statement did not say whether those complaints were about sexual activity happening behind locked doors.