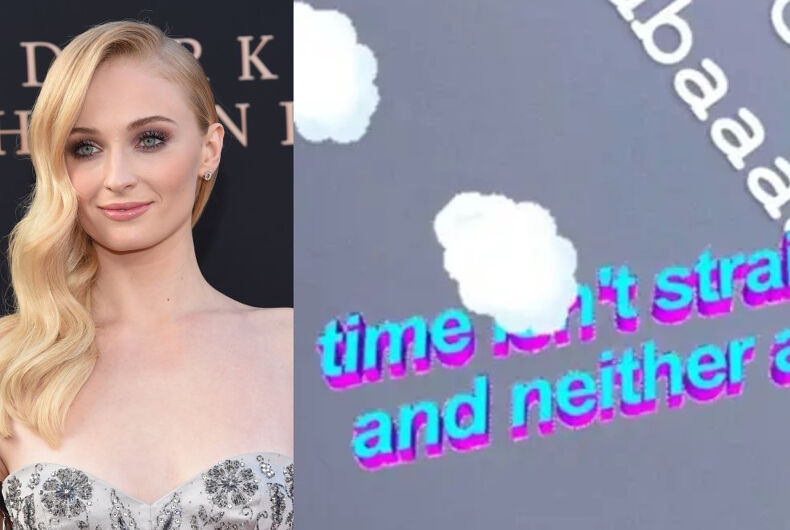 Sophie Turner and her coming out postPhoto: Shutterstock/screenshot

Actor Sophie Turner, who played Sansa Stark in the HBO show Game of Thrones, posted a celebration of Pride month to her Instagram story that has fans wondering if she just came out as bisexual.

“Time isn’t straight and neither am I,” Turner declared in the post.

“ITS MUTHAFUCKIN #pride month babaaaayyyyy,” the actor posted along with the phrase. She included a “bi pride,” “gay pride” and rainbow stickers. Another declares “I’m gay.”

Social media lit up speculated what the image meant. Fans immediately assumed that Turner had come out as bisexual via the post. She hasn’t commented further since posting the image.

did sophie turner just come out or am i missing something pic.twitter.com/S3AlyUdvZj

SOPHIE TURNER SAID I RESPECT THE STRAIGHT COMMUNITY BUT IT AINT ME pic.twitter.com/gRqgrhxkL5

you’re telling me sophie turner is bi and she married joe jonas instead of me??????