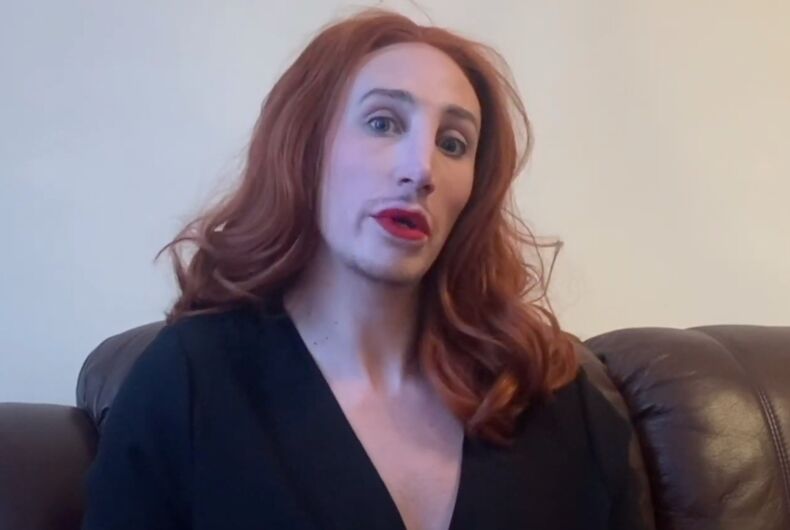 Author J.K. Rowling is one of the world’s top-selling scribes, but her disgustingly anti-trans tweets have fans running away. Rowling claims most of her fans agree with her views on transgender people, but that they are all “afraid to speak up” because of their “personal safety.”

Yet, the actual reactions from the stars of the Harry Potter movie franchise, her biggest fans, and peers in the literary say differently. Plus, the nonstop hits from social media continue as the formerly respected author doubles down on transphobia.

Since “masterclass” video presentations from famous authors and the like have swept the web over the past few years, combining the two for comedy is a natural fit.

Comedian Anthony Gilét, the brains (and wig) behind a spoof J.K. Rowling Masterclass, says the parody is a “true image of who Rowling is; a dithering middle-class white woman with zero awareness of the daily struggle of trans people, or how absolutely ridiculous she sounds.”

Since then, she has spent the year defending her views on Twitter and getting condemned by celebrities who worked on the Harry Potter films while fansites cut ties with her, authors fled her literary agency, and writer Stephen King denounced her.

This gay designer created a clothing line to celebrate his grandparents