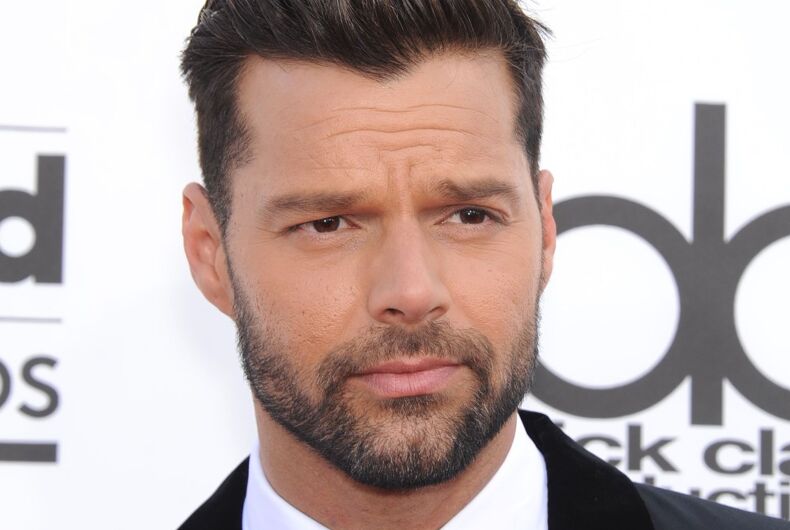 Ricky Martin said that he’s still traumatized by the time Barbara Walters asked him about his sexuality when he was still deep in the closet.

“When she dropped the question, I felt violated because I was just not ready to come out. I was very afraid,” Martin told People, referring to a 2000 interview with Walters. “There’s a little PTSD with that.”

Related: Nathan Lane was terrified Oprah would out him on TV in 1996

In that interview, Walters asked Martin about “rumors that talk about your sexual orientation.”

“Do they hurt? How do you handle them?” she asked in the interview as Martin’s pop career in the U.S. was taking off. Homosexuality was still illegal in parts of the U.S. – including in Puerto Rico – and no state had legalized marriage equality yet.

“Sexuality and homosexuality should not be a problem for anybody,” Martin answered vaguely at the time.

“I don’t want to put you on the spot,” Walters said, putting him on the spot. She then said that she is asking about it for him, because it’s something that people were talking about.

“Thank you so much for giving me the opportunity to express the rumors. For some reason, I just don’t feel like it.”

In 2006, Walters would say that asking celebrities if they’re gay or bi was one of the big mistakes of her career.

Martin would come out 10 years later in a post on his official website and today he’s married to Jwan Yosef and they have four children together.

“A lot of people say, what would you do differently?” he said in the People interview this week. “Well, maybe I would have come out in that interview. It would’ve been great because when I came out, it just felt amazing. When it comes to my sexuality, when it comes to who I am, I want to talk about what I’m made of, about everything that I am. Because if you hide it, it’s a life-or-death situation.”

Sophie Turner tells fans “Time isn’t straight & neither am I”