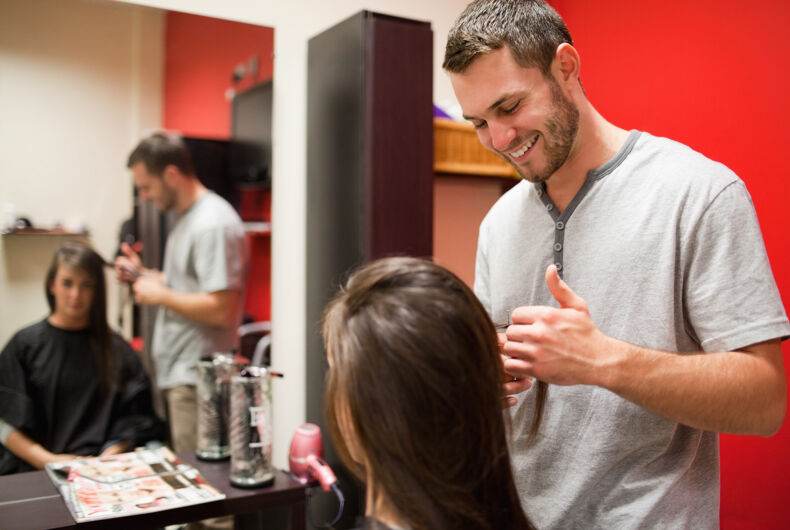 House Republicans are celebrating LGBTQ Pride Month by voting down a measure that would ensure LGBTQ-owned small businesses have equal access to credit. The bill would require financial institutions to collect data on credit applications by LGBTQ-owned businesses as it does with other groups.

“177 Republicans voted against the measure – meaning that 85 percent of House Republicans present voted against the bill,” House Speaker Nancy Pelosi (D-CA) said after the bill failed. “Passing this uncontroversial bill to help small businesses stay afloat during a pandemic should be a no-brainer.”

While the GOP used to brand itself as the party of business, the power of evangelical Christians and MAGA acolytes has pulled the party in the opposite direction. Republicans in Congress this year have focused on culture war issues like abortion, LGBTQ rights, and racial equity.

Out Rep. Ritchie Torres (D-NY), the sponsor of the bill, decried the vote on Twitter.

“The Republicans in the House voted down my legislation, HR 1443, which would protect LGBTQ-owned businesses from discrimination,” he tweeted. “A slap in the face to the LGBTQ community right in the heart of Pride Month.”

The LGBTQ Business Equal Credit Enforcement and Investment Act sought to amend section 1071 of the Equal Credit Opportunity Act, which requires financial institutions to maintain information on credit applications submitted by minority and women-owned small businesses to the Consumer Financial Protection Bureau (CFPB). This is how the Bureau and other government entities enforce fair lending rules and track business and community development.

Similar legislation was proposed by former Rep. Harley Rouda (D-CA) in 2019, amidst the last session of Congress, but he lost reelection and the proposal was not bought to the floor.

The Republicans in the House voted down my legislation, HR 1443, which would protect LGBTQ-owned businesses from discrimination. A slap in the face to the LGBTQ community right in the heart of Pride Month. https://t.co/gTCLbex0wp