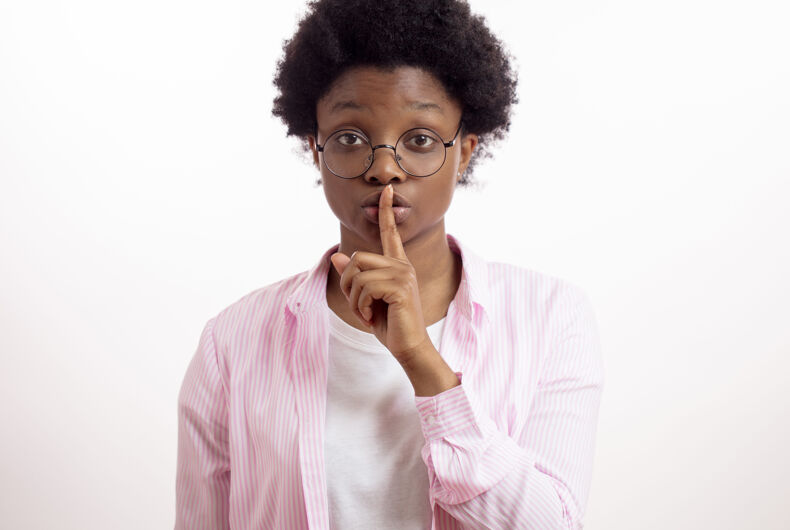 On June 17, President Joe Biden signed into law a new federal holiday recognizing “Juneteenth National Independence Day.” Juneteenth is an annual commemoration the day of June 19, 1865, when Union soldiers, many who were Black, informed enslaved Black people in Galveston, Texas that they had been freed by President Abraham Lincoln under his Emancipation Proclamation.

Within the current political and educational climate, with an increasing numbers of lawmakers trying to ban honest discussions of our nation’s past, we may have created a paradox by establishing a new federal law that educators may be prevented from teaching.

Related: We fought for freedom & equality not t-shirts or cell phone plans

Juneteenth was the official legal end of the brutal and inhumane institution of slavery across the United States of America, though it has continued in others forms through the Jim Crow era, up to, and including, contemporary times.

Hopefully on our brand new federal holiday, rather than seeking brand discounts on refrigerators, cars, mattresses, and barbeque grills in our consumerist, capitalist economic system, we will, instead, reflect on our continuing legacy of slavery in our country — and the racist and capitalist structures that spawned to replace it.

I had the privilege and honor of attending a virtual conference sponsored by the Reparations Legacy Project, a group of committed largely white activists working to compensate African heritage people in the United States for the wages and property stolen from them since white slavers first landed with their human African cargo in 1619 on the Virginia shores.

The Reparations Legacy Project rejects mere charity or giving from rich philanthropists, but, rather, calls for a true and honest accounting of the ways in which the capitalist system inherently requires divisions and exploitation of working people to function.

The Reparations Legacy Project Conference organizers estimated that $14 trillion is owed to black people in the United States in stolen wealth. Reparations amounts to restoration of stolen resources.

It’s Juneteenth AND end police violence + the War on Drugs.

It’s Juneteenth AND teach the truth about white supremacy in our country.

Black liberation in its totality must be prioritized.

On this Juneteenth, remember that millions of incarcerated Black people are still in bondage and that the 13th Amendment still permits slavery.

Our work is Black liberation in its totality.

From the moment of our birth, people in the United States are fed rhetoric that in this “exceptional” nation, everyone can succeed if they possess the qualities of hard work, ambition, and personal responsibility. This theory of “meritocracy,” however, is a myth, a lie, a fraud, as is the theory and practice of “trickle down economic” in which the owning class trickles down some of its gigantic wealth and compassion to the laborers in their companies.

In reality, only the scraps trickle down.

“Success” in financial terms, has more to do with family inheritance, social and cultural capital, and, of course, exhibiting essential social identities in terms of socioeconomic class background and race. While economic disparities plague all nations across the planet, nowhere are these disparities more extreme than in the United States.

For example, according to the Securities and Exchange Commission (SEC), McDonald’s is among the companies that pays American workers the least. Current CEO Stephen Easterbrook was paid $15.9 million in 2018, which equals 2,124 times the median employee salary of $7,473. Easterbrook earns in one hour the equivalent of what a median employee earns in a full year.

Mid and upper management employees earn somewhat more — but how can a family of four, for example, thrive on a yearly income of $65,000 to $100,000 per year in any of the major cities in the U.S. with astronomically high cost of living?

…Juneteenth Day will not truly be complete until the Voting Rights bills pass, states stop passing voter suppression laws, cops stop shooting Black citizens, we end our prison-industrial complex, a white family’s net worth is no longer 10 times greater than a Black family’s…

… until we have a living wage of $25/hr, until every school in East St. Louis is as great as every school on the Upper East Side of NYC, and until true apologies & restitution is made to the descendants of the enslaved who still occupy the lowest rungs of our economic ladder…

Looking over the historical emergence of the concept of “race,” critical race theorists remind us that this concept arose concurrently with the advent of European exploration. It was used as a justification and rationale for conquest and domination of the globe beginning in the fifteenth century of the Common Era, reaching its apex in the early twentieth century.

Members of the African People’s Solidarity Committee and the African People’s Socialist Party (in particular, their chair, Omali Yeshitela) presented a historical account of the transformation of what were several distinct and waring tribes into what we know today as “Europe” built literally on the resources and slave labor of African peoples beginning in 1415 with the Portuguese invasion and enslavement of Africans on the African continent.

Geneticists tell us that there is often more variability within a given so-called “race” than between “races,” and that there are no essential genetic markers linked specifically to “race.” They assert, therefore, that “race” is discursively constructed — an historical, “scientific,” biological myth, an idea — and that any socially-conceived physical “racial” markers are fictional and not concordant with what is below the surface of the body.

Colonialism stands as the very foundation of capitalism — the accumulation of capital is gained from the commodification of Africa and from Black bodies. It is more than symbolic that in 1711, enslavers sold African bodies in slave markets where Wall Street in New York City resides today.

The Freedmen’s Bank, which gave accounts to Black people across the country during Reconstruction, had reached $64 million. White businessman and politician Henry D. Cooks, who sat on the bank’s board, approved unsecured loans to his own quarry operation.

Following a stock market crash in 1873, the quarry went bankrupt, and soon thereafter, so did the bank. Largely due to fraud and mismanagement like this, the bank failed — taking with it the deposits of many Black people — in 1874.

Even when Black people “overcome” the disparities caused by white people and institutions, they are still subject to the murder and destruction of Black people and property in towns like Tulsa, Rosewood, St. Petersburg, St. Louis, and others were the result of white resentment toward Black people’s accumulation of wealth.

The 1921 massacre in Tulsa, Oklahoma resulted in the death and injury of hundreds and the looting of approximately $22.5 million dollars of wealth at the time, which today would be many times that amount. This stolen heritage of Black wealth has been repeated in an endless cycle.

These and many more atrocities were never addressed, let alone redressed.

As we reflect on the significance of what this day symbolizes, let’s keep fighting to address the lasting consequences of slavery.

At this year’s Kennedy Center Honors ceremonies, which celebrates this nation’s top artists in many fields, Joan Baez — known for merging her unique singing and writing style with social justice causes — was among the recipients.

Those gathered sung “We Shall Overcome,” which Joan was known for performing hundreds of times (although she did not write it.) Among the audience, lending his voice in the sing along, was Sen. Joe Manchin (D-WV). Politicians should know it’s more important to travel the long and difficult path toward real and lasting change than to just sing about it.

Stop singing long enough to pass legislation that gets at the roots of the racist underbelly in policing.

Stop singing long enough to pass legislation to clean up our environment and reverse human-imposed climate change before it is too late to save our planet.

Stop singing long enough to eliminate the Jim Crow era Senate filibuster, which in its current form makes it virtually impossible to pass legislation in curing the ills that plague us.

And we white people must stop singing long enough to become aware of how we collude in the oppression of people of color, unconsciously and consciously. We must acknowledge our unearned privilege socially granted on account of our white packaging.

Politicians and others of all political parties and philosophies must make real the African People’s Socialist Party call to Uhuru – the Swahili term for “Freedom.” Let us remember that Juneteenth should be more than the commemoration of an event in Galveston back in 1865.

I’m glad that Congress made Juneteenth a holiday, but the best way to honor emancipation is to protect our most fundamental right, the right to vote.

I am NOT mollified by holidays.

One of our members, Janiqua Robinson, has shared her thoughts on #Juneteenth and its recognition as a federal holiday. pic.twitter.com/TOLDKc22aE