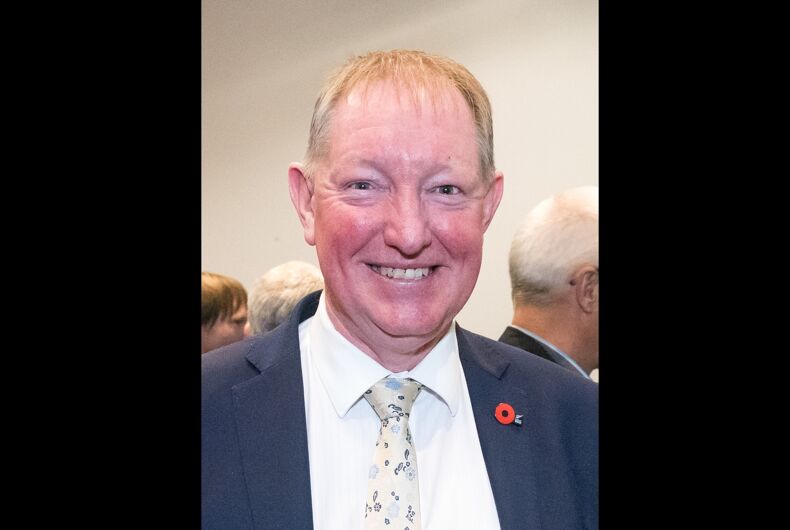 New Zealand’s longest-serving member of Parliament has retired after 31 years in office. Nick Smith, a conservative firebrand, gave a farewell speech that recapped his accomplishments in office – and his failures.

His biggest regret, he told fellow members, was voting against civil unions and marriage equality. His son, Logan, came out as gay years later, he said, and showed him the error of his ways.

Related: Support for marriage equality has never been higher among Republicans

“There is an issue I got wrong,” Smith said. “In 2013 I voted against gay marriage. The error is all the more personal with my 20-year-old son being gay. I wish to put on record today my apology to New Zealand’s LGBT+ community.”

“My son told me he was gay about three years ago,” he said. “I made him a commitment some time ago that before I leave parliament, that I would register an apology.

“My hope with my valedictory speech as someone that’s come from a conservative background, and the bravery of my son in wanting to give that speech will help New Zealanders squeeze out that last bit of prejudice that remains.”

Smith’s son said he was proud of his father for admitting he was wrong.

Gender reveal party results in wildfire. The family that started it got off with a $500 fine.