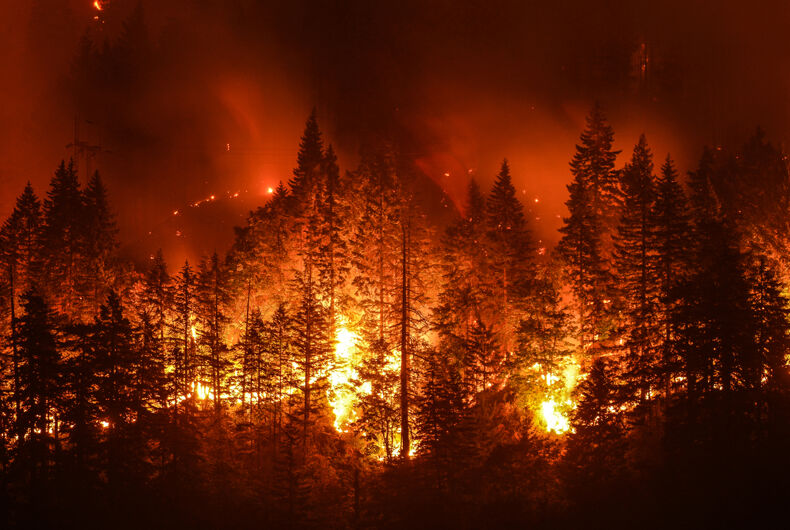 A gender reveal party resulted in a wildfire, and the people who started the fire got off with a $500 fine.

Authorities say that a gender reveal party in the Fort McMurray Forest Area in Alberta, Canada had an explosive device that was meant to release colored powder to reveal the sex that would be assigned to the child they are expecting.

But the May 31 party got dangerous when the device started a wildfire.

Alberta Wildfire officer Travis Fairweather said the device “contained a colored substance which would also be visible as part of the explosion, giving off a blue or pink plume of smoke or powder to indicate the gender of the baby to those in attendance.”

He said that firefighters were dispatched to the site and were able to contain it before anyone got severely hurt. The wildfire consumed about an acre of the forest.

“While fireworks and exploding targets can be fun, they can also come with a hefty price tag if you inadvertently start a wildfire,” Fairweather warned.

But that price tag wasn’t too hefty in this case – the family that started the wildfire got a $600 Canadian (about $500 U.S.) fine. The law says that the fine for starting a wildfire is $600 or the cost of stopping the fire, which is usually much higher.

Under the Forest Prairie Protection Act, written permission is required before using fireworks and other explosives in forest areas between March 1 to October 31. The province believes that at least 76% of wildfires they have experienced this year have been caused by humans.

“These fires are all 100% preventable,” Fairweather said.