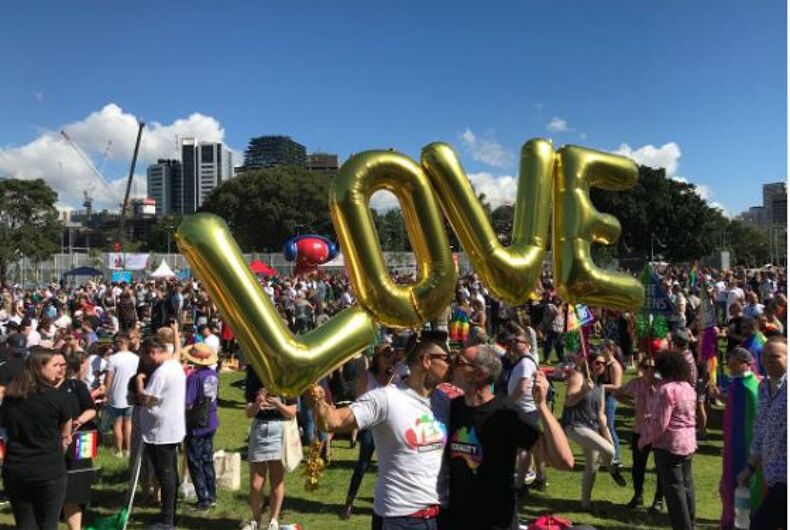 A large majority of Americans now support marriage equality. The latest polling shows a 10 percent surge in support since 2015.

Even a majority of Republicans now support same-sex marriage.

The U.S. Supreme Court rules in favor of marriage equality in 2015 and while the religious right spent millions of dollars to demonize gay and lesbian relationships, they quickly realized the obvious – no one cared if all relationships were considered equal by the government.

Since the ruling, the right has pivoted to attacking transgender people and demanding a license to discriminate against LGBTQ people under the guise of “religious freedom.”

It’s easy to see why with results like this.

The fight against marriage equality is no longer a cash cow for the right. Republicans say their views on the issue have changed dramatically since 2015.

The data comes from Gallup’s annual Values and Beliefs poll.