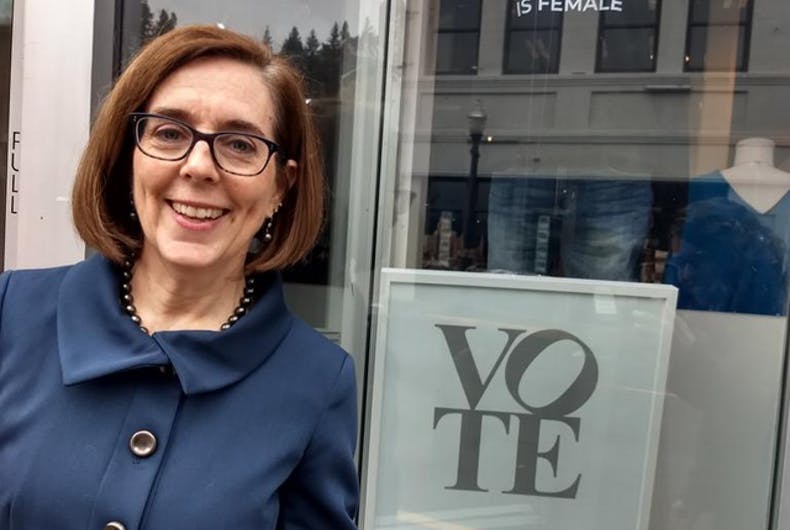 “The passage of this bill will send a strong and proactive message that the perpetrator of a second-degree murder will not be able to excuse the crime simply based on who their victim is,” said Oregon Rep. Karin Power (D), who was one of the bill’s sponsors.

Oregon could become the 14th state to ban the LGBTQ panic defense, in which a defendant claims that they attacked their victim after they found out that the victim was gay or trans, sending them into a “panic” about their own heterosexuality.

Effectively, the LGBTQ panic defense says that a defendant hurt someone because of their sexual orientation or gender identity, but argues that as a defense for voilence.

The Oregon House of Representatives voted 54-0 to pass S.B. 704, which bans the practice. The state’s Democratic governor – who is also the country’s first out bisexual governor – is expected to sign it.

Advocates of the bill cited the violent killing of Aja Raquell Rhone-Stevens, a Black transgender woman who was killed in Portland last year.

“When we finally see justice for Aja’s murder, we can ensure that, when we show up to the courtroom, her memory won’t be insulted by someone trying to use the panic defense to justify her death,” her sister Dana Spears said in a statement after the House passed the bill. “I’m thankful to everyone in the community who used their voice for Aja, and saw this bill passed.”

“This legislation states, unequivocally, in Oregon, there is never an excuse for violence against transgender people,” said Basic Rights Oregon’s Mikki Gillette in a statement.

The American Bar Association adopted a resolution calling for an end to the defense in 2013. Earlier this year, Vermont and Virginia added themselves to the list of 13 states that have banned the LGBTQ panic defense. The District of Columbia has as well.

The use of the gay panic defense received more public attention with the murder of Matthew Shepard, where his killers claimed that Shepard had “come onto” one of the duo. Similarly, the “transgender panic” defense gained prominence in the way of the 2004 murder of Gwen Araujo in Newark, California.

Universal yanks Laverne Cox’s movie from international distribution. Her voice was dubbed by a man.