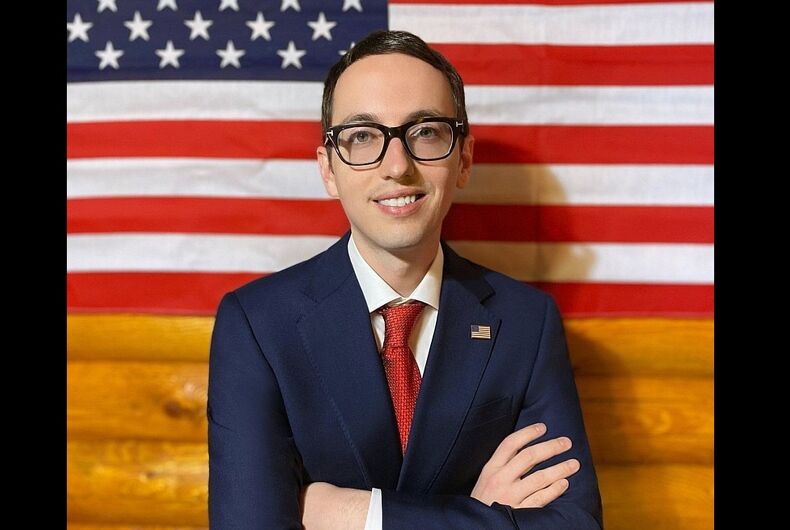 Michael Deel is hardly the only human curiosity running to be the next senator from Arkansas. The gay Republican says he will run against everything the party stands for in an attempt to “prevent these radical right extremists from taking over” a party they already dominate.

The competition so far includes a former football player, a bigoted gun range owner who won’t allow Muslims on her property, and a gun-lovin’ pastor who thinks everyone has a right to own a tank. The competition will be stiff.

“If elected, I will be the first openly gay Republican senator elected to office,” Deel told the Northwest Arkansas Democrat-Gazette. “Being gay and being a Republican, which is kind of a unicorn in this day and time, I felt like I could make a difference.”

The seat is currently held by Sen. John Boozman (R), a former Arkansas Razorbacks football player. Boozman has a history of voting against LGBTQ civil rights.

“Early on in his career, he co-introduced legislation to prohibit gay marriage,” he said. “He attempted to define it in the Constitution. He proved to be soft on law and order by voting against a bill that would more strongly penalize people who attacked someone based on sexual orientation. He even voted against an anti-discrimination measure that affected members of the military.

“But Sen. Boozman has not just been hostile to the LGBTQ+ community. He voted against ratifying an agreement that would protect the rights and dignity of persons with disabilities the year before he vocally opposed reauthorizing the ‘Violence Against Women Act.'”

Deel will also face at least two other primary candidates – Jan Morgan, a gun range owner who reportedly does not allow Muslims on her property, and Heath Loftis, a Baptist minister who doesn’t believe in the separation of church and state. Loftis is also a gun extremist and believes everyone has a right to own a tank.

“I think what’s happened is the Republican Party has lost everything right now,” Deel said. “They’ve lost the presidency. They’ve lost Congress. So they’re fighting a cultural war. ‘Your guns will be taken away. The gays are taking over.'”

“I am a Republican, but on social issues, I lean left,” he said. “I want to protect everyone. I want to help everyone. But I will not go with this rhetoric about the election being stolen. I won’t stand for it.”