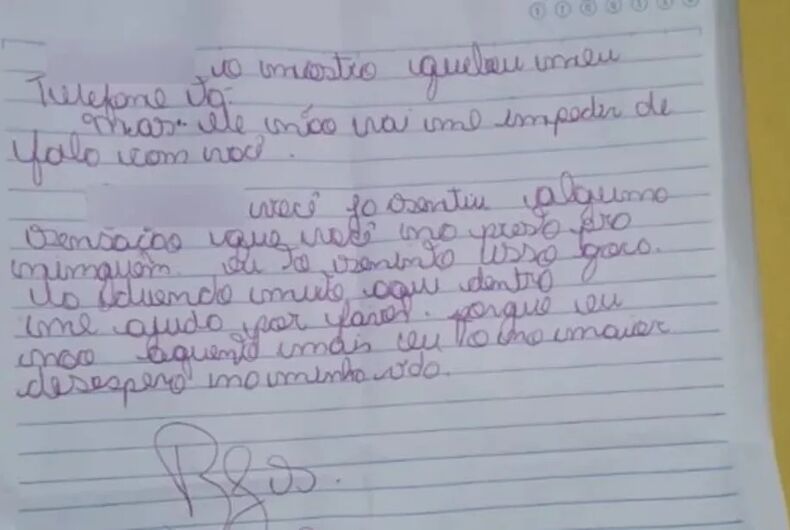 The Brazilian teen's handwritten letter got him the help he needed.Photo: Queerty

A gay Brazilian teen has been rescued after he sent his neighbor a handwritten letter begging for help. The heartbreaking note said his homophobic father was abusing him.

When the concerned neighbor investigated, he heard the man screaming at the boy and threatening to kill him. The neighbor recorded the man and turned the video recording over to the police.

Related: Caitlyn Jenner explains why she wants Kylie and Kendall to call her “dad”

“Have you ever felt like you’re not good for anyone? I’m feeling it. It hurts a lot here,” the 14-year-old boy wrote according to our sister site, Queerty. “Please, help me.”

“We hear him screaming, asking for help,” one of the teen’s neighbors told local media. “It is difficult for people who are mothers to see a situation like this.”

The man can be heard screaming at his son in the recording, yelling, “I’m tired of telling you. Didn’t I already tell you to change? You have to change! Do you know why? Because if you don’t change, I will kill you! I will blow you up!”

The man told police that he accepts his son’s sexuality, but was upset that he found the teen looking at pornography on his phone.

“He said that he does not care, that he accepts and that he had already spoken with the adolescent, but he caught him accessing pornographic videos on his cell phone and did not control his anger,” a police spokesperson said.

The bruised teen’s mother, however, said dad’s story wasn’t true. She told police that the father had become irate after finding out his son is gay.

The teen was removed from the home as the investigation continues.