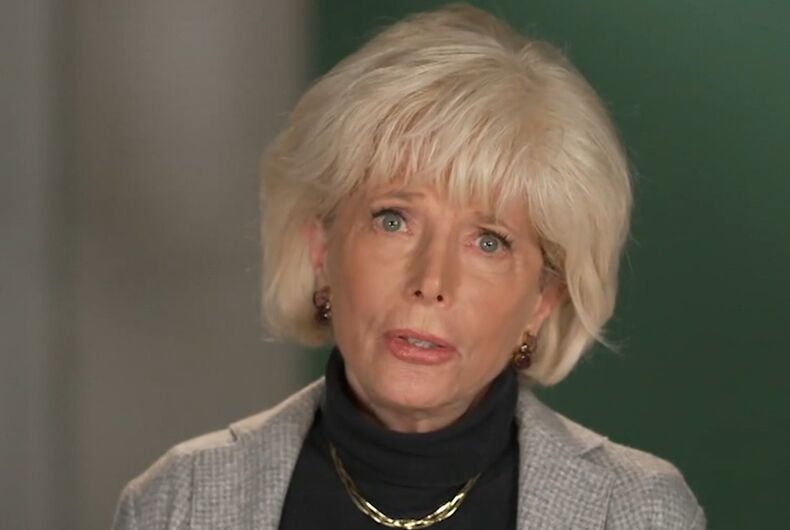 CBS’s weekly television magazine 60 minutes ran a segment under the title “Transgender Healthcare” that is getting called out for its exaggerated focus on detransitioners.

“The segment also wrongfully implied that trans YouTubers and online communities which affirm trans youth are somehow brainwashing kids and turning them trans,” the organization GLAAD said in a tweet on the segment. “That is dangerous and at the same time ridiculous. Aren’t we past arguing that media can turn people gay or trans?”

The segment opened by discussing Arkansas’s ban on transgender minors getting gender-affirming care. Journalist Lesley Stahl noted that major medical associations have come out against laws like this one and that there is “decades” of research backing the efficacy of gender-affirming care.

But then the focus turns to detransitioners, or people who start a process of transition and later change their mind.

Estimates of detransitions are generally low: between one- to two percent in some studies but up to eight percent if “temporary” detransition is included. But 60 Minutes didn’t mention that and instead pointed to the 19,000 subscribers to the r/detrans subreddit, which the show didn’t even confirm were real accounts or explain that that number is small compared to the global population of trans people. Instead, Stahl called the subreddit a “support group” even though it is a subreddit that anyone with an email address can join.

Throughout the segment, Stahl interviewed people who said that they were railroaded into transitioning, even though it’s common for trans people to have to wait years to even get a doctor’s appointment.

Stahl also didn’t mention that transition for children and teens is mostly social transition – or being seen and treated as one’s gender – and reversible puberty blockers for teens. The people she interviewed had surgery as adults, a strange choice in a piece framed around Arkansas’s ban on gender-affirming care for minors.

“Parents of trans youth could walk away with the false belief that young people are being rushed into medical transition.”

Tonight @60Minutes @LesleyRStahl aired a shameful segment fearmongering about trans youth. Parents of trans youth could walk away with the false belief that young people are being rushed into medical transition. That is simply untrue. (1/7)

The segment also wrongfully implied that trans YouTubers and online communities which affirm trans youth are somehow brainwashing kids and turning them trans. That is dangerous and at the same time ridiculous. Aren't we past arguing that media can turn people gay or trans? (3/7)

Furthermore, failing to disclose that a person profiled in the story is the president of a group that actively seeks to limit affirming transition-related healthcare is poor journalism and a disservice to viewers. (5/7)

Learn more about how to support and affirm trans youth from actual medical authorities at the @AmerAcadPeds https://t.co/W4xJFjrOfN (7/7)

In an extra segment posted online, Stahl discussed some of these criticisms.

But she said that she believes the segment was fair and balanced.

“I think we spoke to more people on this story than any other story I can remember reporting on in my whole time at 60 Minutes,” she said. “We wanted to be thorough. We wanted to be fair. And we wanted to understand every aspect of this story. And it was really focused on health care. That was the primary idea for the story. Health care.”

“Bringing a story to light about detransitioning without talking about the vast majority of people who positively transition, would cause concern because it sends a message,” HRC President Alphonso David said in the 60 Minutes Overtime segment. “We need to also elevate the positive stories of people who successfully transition.”

The idea that detransitioning is common was central to a U.K. court banning puberty blockers and other gender-affirming care for minors. That decision is being appealed.