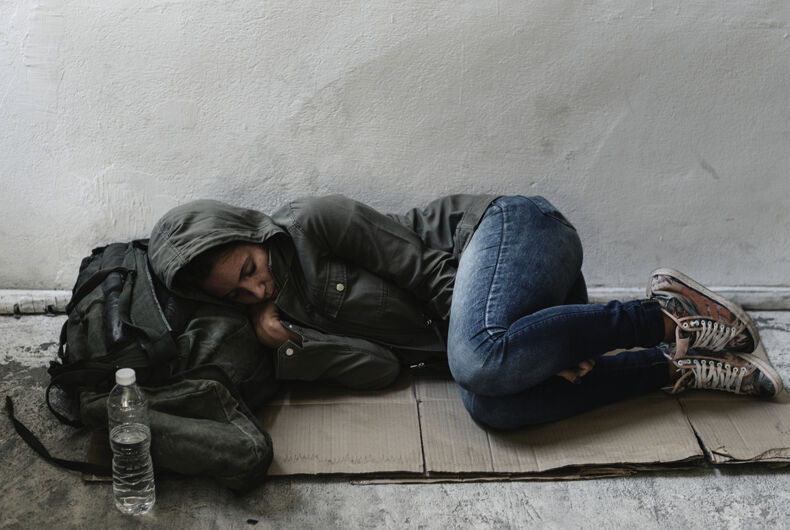 The Biden administration announced yesterday that it was ending one of Donald Trump’s cruelest anti-LGBTQ policies, which allowed homeless shelters that receive federal funds to discriminate against transgender people.

“Access to safe, stable housing — and shelter — is a basic necessity,” said Housing and Urban Development (HUD) Secretary Marcia Fudge said. “Today, we are taking a critical step in affirming HUD’s commitment that no person be denied access to housing or other critical services because of their gender identity.”

In her announcement, Fudge said that she would be withdrawing the Trump administration’s proposed rule change to the Obama administration’s implementation of the Equal Access Rule, effectively banning discrimination against LGBTQ people in many areas of housing law.

Ben Carson, who was the HUD secretary under Trump, repeatedly attacked the Equal Access Rule, saying that it allowed “big, hairy men” – how he referred to transgender women – to “impede the rights of” cisgender women who are “not comfortable with the idea of being in a shelter, being in a shower, with somebody who had very different anatomy.” He was grilled on the rule in House hearings, where he said that it amounted to “extra rights” for LGBTQ – and especially transgender – people.

Carson succeeded in rolling it back in July 2020, in the middle of the coronavirus pandemic and as unemployment soared. Under his interpretation of the rule, homeless shelters could decide whether they wanted to admit people based on their gender identity or sex assigned at birth, a move that could put trans women in danger if housed with men or leave trans people out in the cold if there were no other acceptable options for them.

Carson’s attacks didn’t stop there. The HUD soon released a memo explaining to homeless shelters how they can spot a trans woman who tries to get in, using “factors such as height, the presence (but not the absence) of facial hair, the presence of an Adam’s apple, and other physical characteristics which, when considered together, are indicative of a person’s biological sex.”

Secretary Fudge, though, said that the issue of homelessness needs to be addressed for everyone.

“The Biden administration is living up to its commitment to protect transgender people from discrimination. Today’s announcement by Secretary Fudge is an important step in ensuring access to safe, affirming housing for transgender people,” said Rodrigo Heng-Lehtinen of the National Center for Transgender Equality in a statement. “This is a decision that will save lives, and help transgender people experiencing homelessness receive the assistance they need.”

The rule is part of the Biden administration’s wider policy of implementing as many LGBTQ discrimination protections as possible through administrative actions.

On his first day in office, President Joe Biden signed an executive order saying that the administration’s stance is that laws that ban discrimination “because of sex” also ban anti-LGBTQ discrimination because it is impossible to discriminate against an LGBTQ person without taking their sex assigned at birth into account, and he called on executive agencies to find ways to implement this interpretation.

According to the Washington Blade, this Trump era rule could be reversed easily because it was never fully implemented. Other Trump administration rules that did get implemented have to go through a lengthier process.