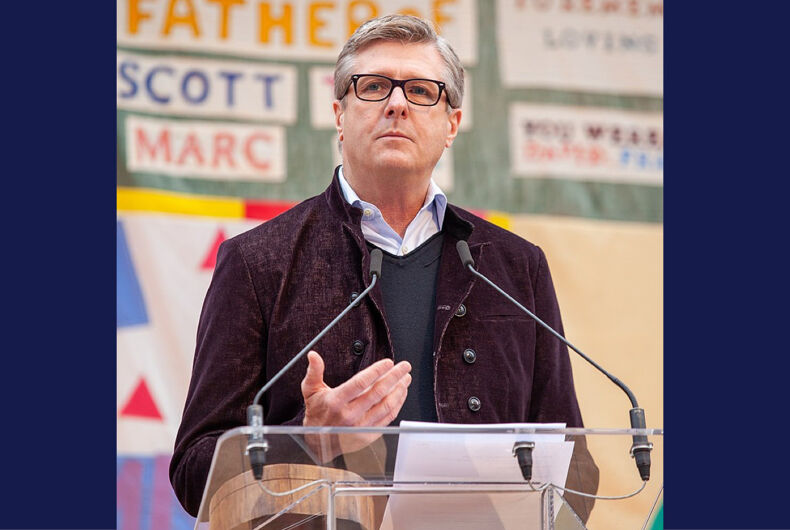 Golden States Warrior team president and chief operating officer Rick Welts announced that he will be retiring following the conclusion of the current NBA season.

2021 marks 25 years that he has worked as an executive for the basketball league, and his 46th full season working in the NBA. He started as a ball boy in 1969 for the Seattle Supersonics, when the NBA was the then-lesser renown pro basketball league compared to the ABA.

“This has been the ride of a lifetime,” Welts, 68, said in a statement. “To have had a front row seat to the growth of the NBA from where it was in the late 1960s to its place today as one of the most respected and successful leagues in sports on a global stage has been an incredible privilege.”

Welts started with the Seattle Supersonics as a ball boy, and eventually became the team’s public relations director. Welts then went on to work in the NBA league office for nearly two decades, where he became third in command under then-Commissioner David Stern.

Welts was the mind behind the NBA’s All-Star Weekend events and the marketing strategist of the 1992 USA Olympic “Dream Team.” He also helped develop the WNBA. From there, he joined the Phoenix Suns and became the team’s president in 2002.

Welts came out in 2011, while he served as the president and CEO of the Phoenix Suns and Phoenix Mercury.

“I literally, to this day, have binders that have printed out copies of every email,” he told The Undefeated. “I got thousands of emails. People sought me out. I will look you in the eye and swear on the Bible, there was no one that took the time to actually find out how to send me an email or write me a letter who sent one that was negative. There was not one negative email over 1,000.”

He moved on from his post four months later, and in October of that year he was hired to “oversee all business-related operations for the Warriors.” Based in San Francisco, Welts oversaw the franchise’s groundbreaking development of the Warriors’ new arena, the Chase Center in downtown San Francisco, which hopes to become one of the world’s premiere entertainment venue.

Under his tenure, the team also won three NBA championships in 2015, 2016 and 2018, and made three other NBA Finals appearances. Welts also holds the distinction of being the only person to earn a championship in all three of the NBA leagues – the NBA, WNBA, and the NBA G-League.

Outside of the league, Welts also served as president of the Fox Sports Enterprises of networks for two years.

He was also the recipient of GLSEN’s Inspiration Award of 2011, the Tennis Association’s ICON Award in 2011, the Davidson/Valentini Award from GLAAD in 2014, and Torch of Liberty Award from the Anti-Defamation League (ADL).

In a statement, current NBA commissioner Adam Silver said, “simply put, Rick Welts played a transformational role in creating the modern NBA during his more than 40 years as a pioneering league and team executive.”

In 2016, Welts was reported as an influence behind moving the NBA’s All Star festivities away from Charlotte because of North Carolina’s HB2 bill, which banned transgender people from using the bathroom that aligns with their gender identity. Welts’ influence helped finalize the NBA’s decision, which cost the state at least $100 million.

Welts married his partner, Todd Gage, in January 2020. The ceremony was presided over by San Francisco Mayor London Breed.

Welts’ successor is expected to be named by the end of the month.

Golden State Warriors President and Chief Operating Officer Rick Welts will step away from his role with the organization at the conclusion of the 2020-21 season. Welts, a member of the Basketball Hall of Fame, has spent nearly five decades in the NBA. pic.twitter.com/y2zvJ9t9wm

After an illustrious career in the NBA and at the helm of our team, Rick Welts has decided to step down as President and Chief Operating Officer of the Golden State Warriors at the end of this season.

Thank you for everything you have done for the sport and our franchise, Rick!