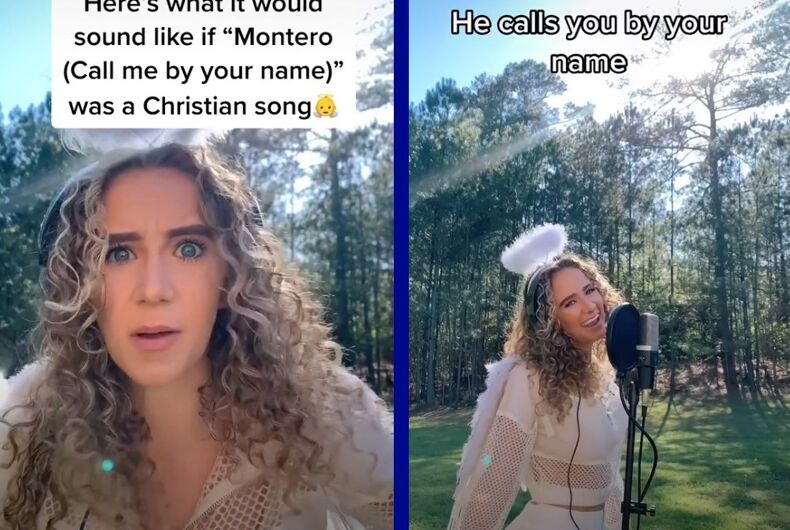 A Christian TikToker has taken Lil Nas X’s new hit single “Montero (Call Me By Your Name)” – whose video was inspired by religious trauma faced by LGBTQ people – and made it about God.

The original song was about an unnamed lover and contains numerous references to gay sex and drug use. Those did not make it into Paige’s version.

The video for the song stirred controversy as conservative Christians decried Nas’s use of satanic imagery, including a scene where he gives the devil a lapdance in his underwear and boots.

“y’all love saying we going to hell but get upset when i actually go there lmao,” he responded to the controversy on Twitter.

So it’s in that context that Paige chose to start her Christian version of Nas’s song with “Living the life that is fake.” She promises “no hate to Lil Nas X.”

If anyone who watched that video thought, “That was great, but it’s so short!” there’s a second verse.

Fans of cringe-worthy Christian re-writes of pop music will remember the Westboro Baptist Church’s version of “We Are the World.” It’s truly a classic in the genre.