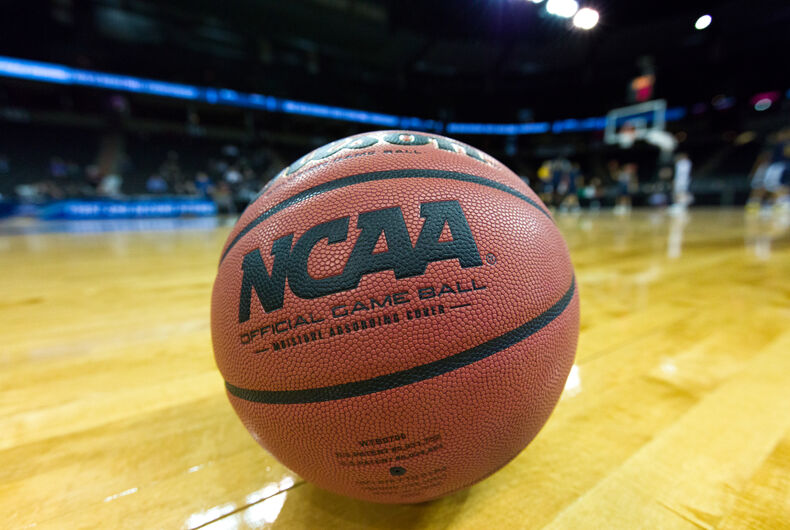 The organization behind college athletics has come out with strong support for transgender athletes as Republicans across the country are trying to ban them from school sports, stating that it “firmly and unequivocally supports the opportunity for transgender student-athletes to compete in college sports.”

The National Collegiate Athletic Association’s (NCAA) board of governors reiterated that they are still “closely monitoring” the wave of anti-trans legislation being presented in several states, and that they expect the locales where they host their sporting events to be “safe, healthy and free of discrimination.”

“The NCAA Board of Governors firmly and unequivocally supports the opportunity for transgender student-athletes to compete in college sports. This commitment is grounded in our values of inclusion and fair competition,” the statement opened.

“The NCAA has a long-standing policy that provides a more inclusive path for transgender participation in college sports,” they added, citing their 2011 “NCAA Inclusion of Transgender Student-Athletes” handbook.

“Our approach — which requires testosterone suppression treatment for transgender women to compete in women’s sports — embraces the evolving science on this issue and is anchored in participation policies of both the International Olympic Committee and the U.S. Olympic and Paralympic Committee.”

“Inclusion and fairness can coexist for all student-athletes, including transgender athletes, at all levels of sport. Our clear expectation as the Association’s top governing body is that all student-athletes will be treated with dignity and respect. We are committed to ensuring that NCAA championships are open for all who earn the right to compete in them.”

The explanation of their policy regarding testosterone suppression could be a response to Arkansas Gov. Asa Hutchinson (R), who during an appearance on CNN this weekend tried to justify anti-trans legislation that he signed, including a ban on trans women and girls competing in sports up to the college level, by saying “even the NCAA requires certain requirements before you can have trans competition.”

As for the potential of relocating their sporting events from states such as Arkansas, or South Dakota, Mississippi, and Tennessee — the three other states that have enacted sports bans on trans people in 2021, joining Idaho’s court-blocked ban passed in 2020 — the NCAA signaled that they are still considering that possibly.

“When determining where championships are held, NCAA policy directs that only locations where hosts can commit to providing an environment that is safe, healthy and free of discrimination should be selected. We will continue to closely monitor these situations to determine whether NCAA championships can be conducted in ways that are welcoming and respectful of all participants,” the organization concluded.

Previously, the NCAA has moved its events from locations that have passed anti-trans legislation, and current athletes are pushing for the organization to do the same now. The same governors that are signing anti-trans legislation are at the same time trying to avoid corporate boycotts of their states, as it would be detrimental to their economies.

South Dakota Gov. Kristi Noem (R) chose not to sign legislation that banned trans people in sports within the state, but instead wrote two “compromise” executive orders that implemented the ban while using language and guidance she believes will prevent the NCAA from moving their business from the state.

In a statement, GLAAD President & CEO Sarah Kate Ellis responded to the NCAA’s statement, saying “the NCAA is following its own guidelines and demands from hundreds of college student-athletes insisting on fairness and inclusion for transgender participation.”

“Every state debating and passing these discriminatory bills is doing untold damage to young people and to the states’ economies and reputations. The message is loud and clear: These bans are wrong. Choose inclusion. Everyone wins,” she stated.

What does the Bible say about “traditional marriage values” anyway?