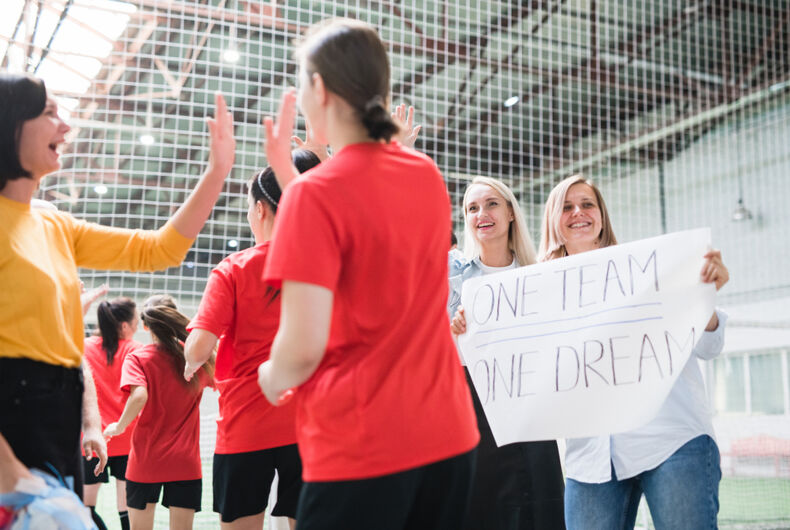 College athletes from around the country are demanding that the National Collegiate Athletic Association (NCAA) yank championships and events in states that have passed or are considering banning transgender people from school sports.

Idaho passed a law last year while the governor of Mississippi signed a similar bill this morning. South Dakota’s legislature has passed another version of the ban and the governor is expected to sign it. Several other states are considering similar measures.

The NCAA allegedly supports transgender athletes and welcomes them but has so far stayed mostly silent on the issue as state legislators nationwide target trans teens and college students with draconian legislation to strip away their right to participate in sports.

“We, the undersigned NCAA student-athletes, are extremely frustrated and disappointed by the lack of action taken by the NCAA to recognize the dangers of hosting events in states that create a hostile environment for student-athletes,” over 500 athletes wrote in an open letter to NCAA President Mark Emmert and the NCAA Board of Governors. “You have been silent in the face of hateful legislation in states that are slated to host championships, even though those states are close to passing anti-transgender legislation.”

The athletes span different sports and at least 85 schools from around the nation.

“The NCAA continues to closely monitor state bills that impact transgender student-athlete participation,” the group responded in a statement to Sports Illustrated. “The NCAA believes diversity and inclusion improve the learning environment and it encourages its member colleges and universities to support the well-being of all student-athletes.”

“It is imperative that we know we are safe and supported in the NCAA no matter where we travel to compete,” the letter from athletes read. “The NCAA claims to prioritize the safety, excellence, and physical and emotional well-being of its student athletes and asserts that all athletes deserve a fair shot. However, it is impossible for female athletes to feel safe and supported in environments where their personal identity and integrity is questioned.”

The NCAA stripped North Carolina of championship games in 2016 after the state passed a law that prevented trans people from using the correct bathroom and forbade cities from passing LGBTQ-inclusive civil rights ordinances. They also will not schedule events in states that fly the Confederate flag.

South Dakota is set to host regionals or finals in Division II men’s basketball, wrestling and women’s volleyball, as well as Division I men’s ice hockey, over the next few years. There are currently no games planned for Mississippi; until this year, the state’s flag included the Confederate battle emblem.

There are currently over 30 bills meant to curtail or ban trans students from participating in athletics programs. Some call for invasive genital exams while others would impose criminal penalties on trans school children who try out for a team.