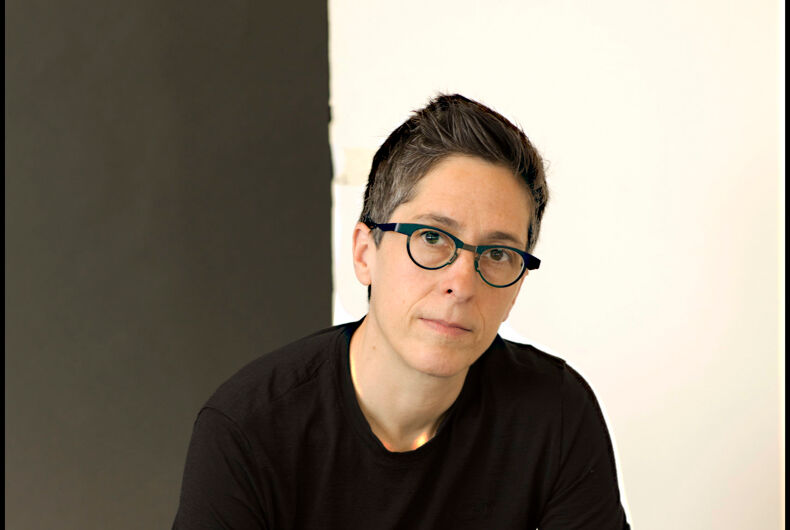 Critically acclaimed lesbian cartoonist Alison Bechdel is best known for her 2006 graphic memoir Fun Home, which later became a Tony award-winning musical. Both Fun Home and Bechdel’s second graphic memoir Are You My Mother? are deeply vulnerable works in which she explores her relationships with her family, her romantic relationships, coming out, and more.

Now, the MacArthur Foundation “Genius Grant” recipient talked with LGBTQ Nation about her new graphic memoir, her first since 2012.

Related: Want to be happier? Own less stuff.

The Secret to Superhuman Strength, out May 4, is another examination of Bechdel’s life, this time told through the lens of her lifelong obsession with exercise.

Moving through each decade of her life, Bechdel explores her everlasting quest to be “strong.” Through running, biking, skiing, and a variety of workout classes and fads, she never stops trying to achieve the “superhuman strength” she feels she can gain.

As she ages, though, her definition of strength begins to change, and she starts to wonder if exercising is not just a way for her to feel good, but also a way to escape.

Bechdel talked about the twists and turns of how it came to be, saying that after years of writing about the more intense aspects of her life, she decided she wanted to write something more fun.

“I thought I would just do a light, fun book about my exercise life. It turned out not to be so light or so fun after all, but rather very complicated,” she joked. “I don’t seem to be able to write light, fun books I guess.”

In the book, Bechdel is as open and vulnerable as ever as she seeks to understand how her love for exercise connects to her lifelong struggles with intimacy and self-doubt. In the process, she delves deeply into her romantic relationships, as well as her relationship with herself.

“Intimacy… is not the easy thing in my life,” she said. “It’s been really challenging for all kinds of reasons, and part of why I exercise is this feeling I can get to sometimes if I’m running long and hard enough… this kind of altered state where you get outside of your particular self and become part of something larger, and this is really for me a very ecstatic feeling.”

But Bechdel realized that seeking this runner’s high was also a way to run away from problems, a way to avoid interacting with the people in her life.

“I think you can use that stuff as an escape from the hard work of every day getting along with other people,” she said. “You can go meditate and that feels like you’re doing something. It’s a way of avoiding other people, so I just realized that and am trying not to do that.”

Toward the end of the book, in a meta-storytelling fashion, Bechdel writes of her challenges in trying to figure out what the book was really about. Today, Bechdel describes the book as her quest to become a better person.

But as she seeks “enlightenment,” as she calls it in the book, her mission is continuously interrupted by real life, events like breakups, her mother’s death, and the election of Donald Trump.

And while exercise was at times an unnecessary escape, she said it also gave her a continued sense of peace through these difficult times.

Bechdel said she hopes readers come away from this book “with a sense of excitement about their own lives and thinking about their lives as a creative project.”

“I feel like you can treat your life in that way or you can… not. You can let your life happen to you, but it’s better to try and take some charge of it.”

Bechdel didn’t know what direction the book would take when she started it. She is not one for outlines, she said, and it was only through the process of actually creating the book that she was able to begin uncovering the true secret to superhuman strength.

In the end, Bechdel said, real strength isn’t at all about the big muscles and super speed she dreamed of as a child.

“Real strength is accepting our vulnerability, accepting the ways we depend on each other and meet each other, and I think that’s been really vividly demonstrated in this pandemic, just how really interconnected we all are.” 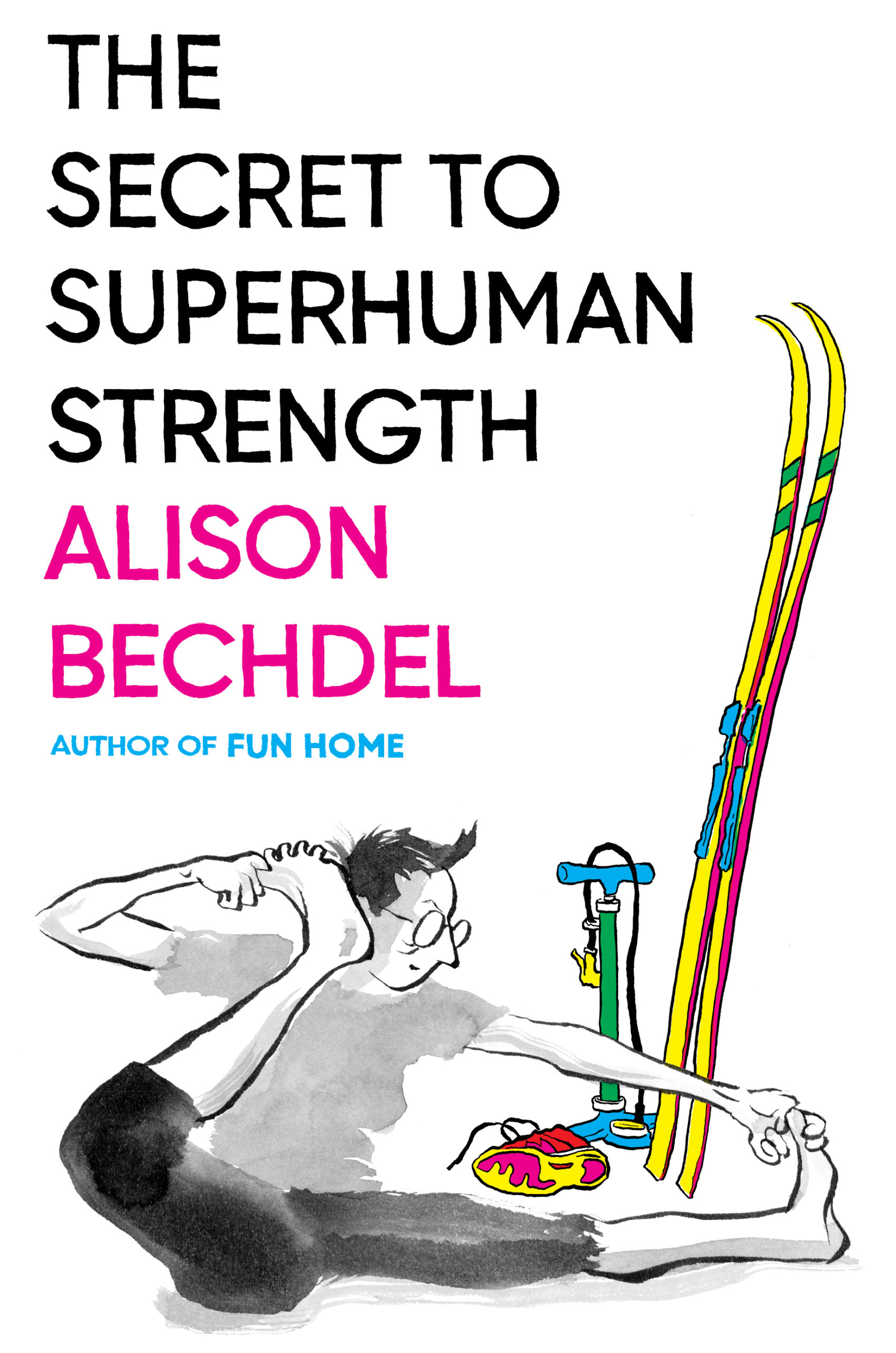