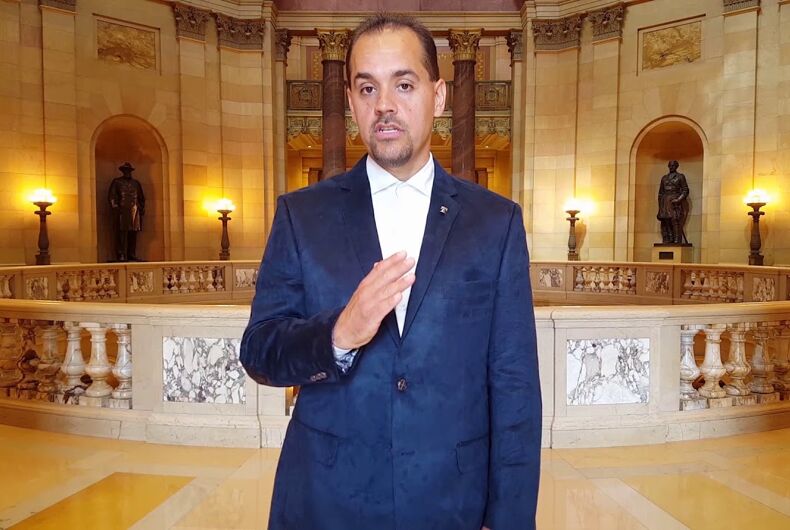 While Minnesota Democrats attempt to enhance state hate crimes laws in the face of rising violent attacks on Asians, the GOP looks prepared to kill the legislation as quickly as possible. The bill includes provisions the specifically protect transgender people.

State Rep. Eric Lucero (R) has a unique reason for opposing the bill. He says he “believes in science” that doesn’t exist.

The far-right legislator also tried to attach an amendment that would make officers immune if they refused to properly investigate bias crimes based on gender identity. It failed.

Lucero introduced House File 1657 earlier this year, which would ban transgender girls and women from trying out for sports as their gender and even make it a petty misdemeanor for them to play on sports teams.

The bill would also make it a misdemeanor for transgender girls and women to use the bathroom associated with their gender, which could lead to a transgender person being sentenced to up to 90 days in jail, a fine of up to $1,000, and one to two years of probation.

The bill defines gender entirely by chromosomes, defining “male” as anyone who has exactly one X chromosome and one Y chromosome. “Female” isn’t defined in the bill, so it could mean that any other configuration of sex chromosomes would be considered female for the purposes of the bill.

From running for Congress to making movies, women are getting it done