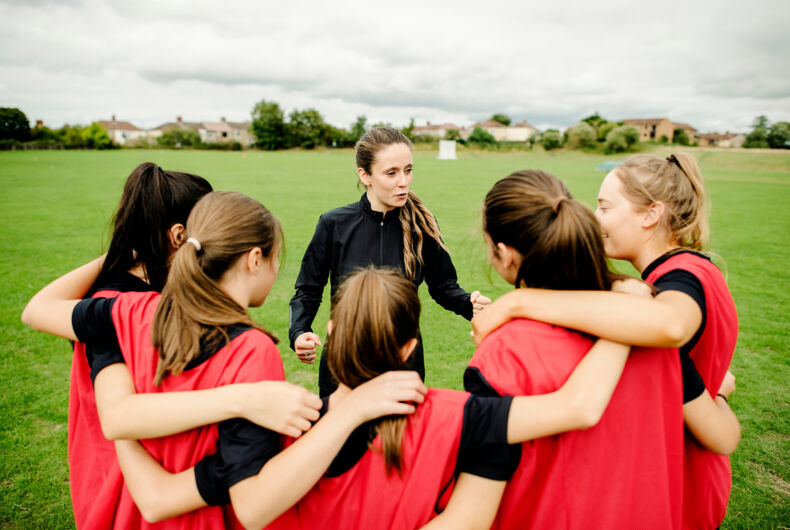 A Republican lawmaker in Minnesota introduced a bill that would impose criminal penalties on transgender girls who try out for school sports, the first in the nation to do so.

State Rep. Eric Lucero (R) introduced House File 1657, which would ban transgender girls and women from trying out for sports as their gender and even make it a petty misdemeanor for them to play on sports teams.

“A petty misdemeanor is not technically a crime, but the penalties are criminal,” Jess Braverman of Gender Justice told Metro Weekly. “You could end up in front of a juvenile judge, forced to pay a fine of up to $300, and it ends up on your record and could come up in a job history search.”

Braverman noted that, ironically, judges usually recommend that young people who are charged with petty misdemeanors sign up for a positive social activity… like school sports.

“I used to represent kids charged with crimes and when you go in front of a juvenile judge, what they tell the kid to do is find a pro-social activity like sports,” she said. “And so basically the judge is going to say, ‘Well, you’re here because you’re playing sports.’ So what is the kid supposed to do? So it’s just a mess.”

H.F. 1657 would also make it a misdemeanor for transgender girls and women to use the bathroom associated with their gender, which could lead to a transgender person being sentenced to up to 90 days in jail, a fine of up to $1,000, and one to two years of probation.

The bill defines gender entirely by chromosomes, defining “male” as anyone who has exactly one X chromosome and one Y chromosome. “Female” isn’t defined in the bill, so it could mean that any other configuration of sex chromosomes would be considered female for the purposes of the bill.

The bill is not expected to pass. Democrats control the Minnesota House and the governor is a Democrat as well.

“This is one of the most extreme political attacks on trans youth that I have ever seen,” said the ACLU’s Chase Strangio in a statement. “Even if the bill does not pass, it has already sent a dangerous message to trans youth in Minnesota and around the country. Being trans is not a crime and trans youth should never be banned from sports or criminalized for simply being themselves.”

Rep. Lucero has long opposed LGBTQ rights. In 2014, his campaign website denounced what he called the “assault against the family unit,” including “gay marriage and the homosexual lifestyle” and “blending the gender distinctions such as women in combat and homosexuals openly serving in the military.”

The Christian Conservative organization Minnesota Family Council backed his campaign and distributed pamphlets that accused his Democratic opponent of being paid off with “gay money.”

In 2017, he co-sponsored a bill to take away health care coverage for gender-affirming health care for transgender people.

Last year, Lucero proposed a bill that would cut funding to local libraries if they host Drag Queen Story Hours. It did not pass.