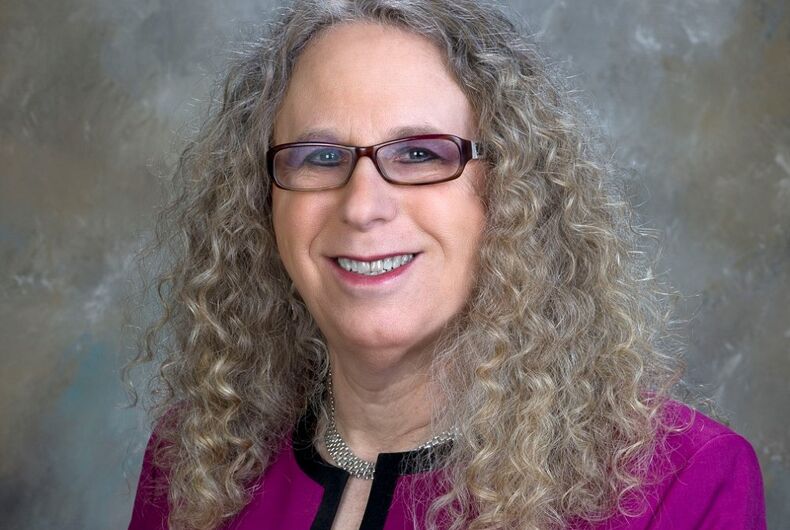 Dr. Rachel Levine has been confirmed in a bipartisan Senate vote to be assistant secretary of health at the Department of Health and Human Services (HHS). Levine’s historic nomination has now also earned her the distinction of being the first transgender federal official to be confirmed.

“Dr. Levine’s nomination represents a historic first for the transgender community in the United States,” said Equality PAC Co-Chairs Reps. Mark Takano (D-CA) and David Cicilline (D-RI). “Through all the transphobic attacks and bigotry that Dr. Levine endured during her confirmation process, she persevered, and the work and her determination paid off. We want to extend our enthusiastic congratulations to Dr. Levine on this amazing achievement and we thank President Biden for his decision to appoint Dr. Levine to this important post.”

“As we continue to battle the ongoing COVID-19 pandemic, we could not think of a better, more capable person to help lead the Department of Health and Human Services.”

Nominating Levine signaled the importance of fighting the COVID-19 pandemic for the Biden administration. As surgeon general of the state of Pennsylvania, she led the state’s response to the pandemic, at times facing heavy criticism – and straight-up transphobia – from conservatives in her state.

“Today, with Dr. Rachel Levine’s historic confirmation, transgender Americans will be able to see themselves in a position of profound leadership,” Erin Uritus, CEO of Out & Equal Workplace Advocates, said. “Dr. Levine’s confirmation is more important than ever. Her leadership and expertise will help guide our country out of the COVID-19 pandemic into healthier, brighter days.

“Dr. Levine’s confirmation is significant on many levels. In recent years, HHS has served as a tool to target LGBTQ – especially transgender – healthcare rights. Dr. Levine will be able to bring new skillsets and empathy into this position to help protect LGBTQ healthcare rights.”

During the Trump administration, HHS spent four years attempting to roll back LGBTQ protections based on Section 1557 of the Affordable Care Act so that health care providers could more easily discriminate; rolling back anti-LGBTQ discrimination protections for the recipients of HHS grant money, funds that often go to adoption and fostering agencies as well as health care and homelessness programs; redefining “gender” to mean “sex assigned at birth” in order to legally erase transgender identity; scrubbed LGBTQ health care information from its website; and stopped funding HIV/AIDS research that involves fetal tissue, which is necessary for many aspects of HIV/AIDS research.

While she was confirmed three times by the GOP-controlled state senate during her tenure at Pennsylvania’s Department of Health, she faced an unprecedented deluge of transphobic attacks as she tried to get Pennsylvanians to wear masks and practice social distancing.