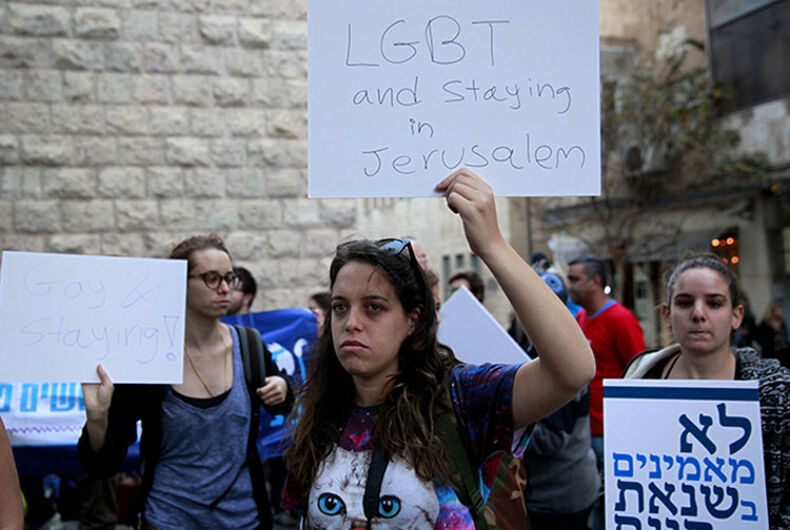 The Religious Zionist party, a coalition of far right extremists and organizations, looks set to win a half dozen seats in the Israeli parliament.

The party is led by Bezalel Smotrich, a former government minister and longtime anti-LGBTQ activist.

His allies include the Jewish Power party, led by Itamar Ben Gvir, who is best known for his open advocacy of violence against Arabs. Both men have called for Israel to be governed by Jewish religious law.

Late last year, Israel’s Minister of Education, Rafael Peretz, called homosexuality “unnatural” and said that he thanks God that none of his children are gay. Peretz is a member of the Jewish Home party.

The Noam faction, a particularly vehement homophobic group, has also joined the coalition. In 2019, the party published a video attempting to tie the LGBTQ community to Palestinian suicide bombers and the Nazis.

The Religious Zionist party is expected to win six to seven seats according to exit polling.