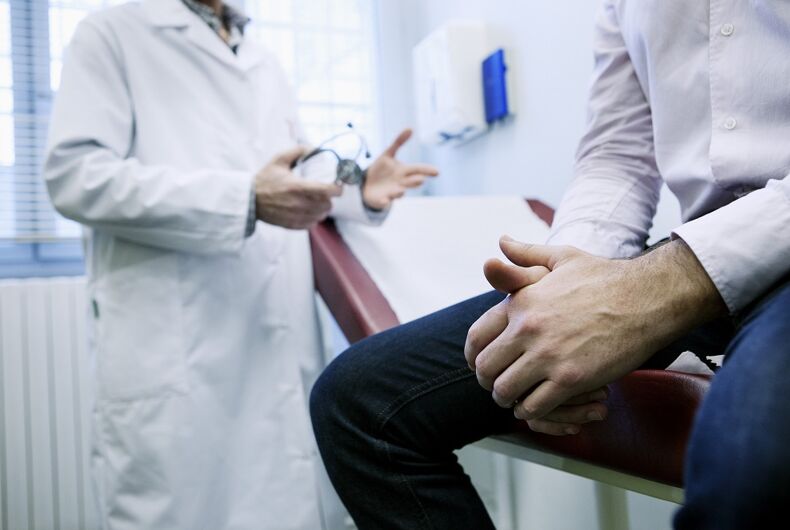 Researchers are recommending against routine testing for an STI that affects many men who have sex with men (MSM), worrying that it’ll develop resistance to treatments and become even more infectious.

“It is very difficult to treat this bug,” said lead researcher Jason Ong of Monash University in Melbourne, Australia. Ong and other researchers published their findings in a new paper in EClinicalMedicine, which says that routine screening of the disease won’t eliminate it and could make it stronger.

Related: A drug-resistant bacteria is spreading among gay & bisexual men

Mycoplasma genitalium (MG) is a bacterial infection that was first isolated in the 1980s and it affects people of all genders. While it’s common – the researchers’ model estimates that 9.1% of people have it – it usually has no symptoms and people often don’t know they have it.

Usually, it’s treated with antibiotics, but many common antibiotics won’t work on it because they destroy bacteria’s cell walls and MG doesn’t have cell walls.

And MG is getting resistant to the antibiotics that work against it. Thirty years ago, only 10 to 20 percent of men who have sex with men who had MG at the Melbourne Sexual Health Clinic had an antibiotic-resistant strain. Now 80-90% of MG patients do and have to go through multiple rounds of antibiotics.

According to the researchers’ model, the infection’s prevalence of 9.1% would go to 6.4% if doctors were recommended to test gay and bi men for it routinely like they do with HIV or other STIs.

That’s why Ong recommends that doctors avoid testing for it unless a patient has symptoms, like a discharge from the urethra or pain while urinating. That way gay and bi men with asymptomatic cases won’t get treated with antibiotics.

Routine testing “might reduce the prevalence a little bit and control the burden of disease in the community, but actually, it makes things worse because the end product of a lot of screenings is we will build a lot of resistance,” Ong told Guardian Australia. “We are not just seeing this in our modeling work, but in real life.”

“We’ve got antibiotics out there and they are really useful but it’s a finite resource because once a bug becomes resistant then we’ve basically lost that antibiotic, so we have to use our antibiotics very wisely,” he said.

“It is very difficult to treat this bug,” he said.

Gay and bi men are at a higher risk of getting MG, but that risk can be reduced by using condoms.