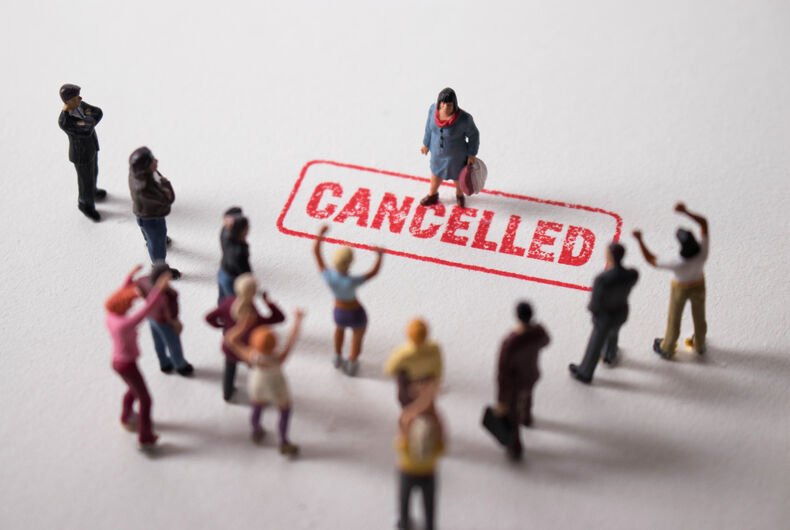 This year’s Conservative Political Action Conference’s (CPAC) theme was “America Uncanceled” reflecting its obsessive use of the term “cancel culture.”

Conservative media like Fox News use “cancel culture” as an attack on progressives by accusing them of silencing and banishing anyone with whom they disagree to a sort of politically correct Hell. Most common in social media, outraged users stop supporting someone or a brand because they did something offensive and encourage others to do the same.

Related: “Integrity” is a word Republicans don’t understand any longer

One can only imagine the intense and irate outrage on the political Right after its former president Donald Trump had his Twitter and Facebook accounts terminated after his reported 30,000 lies and his instigation of a violent insurrection at the Capitol. Other rioters and the groups they represented likewise found their social media accounts canceled.

Unfortunately, they fail to perceive the irony and sheer hypocrisy of arguing that Democrats invented “cancel culture,” while in reality, the Right perpetuates this political tactic to its radical extreme.

If we investigate a mere brief timeframe, we find limitless examples. Here are only a few:

Conservative Republicans have canceled any notion that elected officials are to serve their constituents with truth and honor, that they are public servants who place the public over their own financial gains or considerations of ambition.

Yes, the Left has taken the notion of “political correctness” too far when we have silenced those who have not lived up to the high standards of progressivism many of us hold. Whom among us, though, have not perpetuated intolerance? Who among us can honestly say we do not have implicit biases ingrained by a socialization process of an oppressive society? But, in addition, who among us is not willing to look into ourselves, to open our minds, to evolve and grow to become the best persons that we can?

No matter how we answer these questions, nevertheless, we need not submit or cower to the political Right’s intimidation of some contrived “liberal Democrat socialist cancel culture.”

“Cancel culture” is a term the Right invented to organize its minions against progressive policies and actions. It is a term that is meant to provide justification for continuing its oppression and dominance against those of us and our movement(s) attempting to end the forms of oppression and provide more equality and equity.

In other words, “Cancel culture” is meant to give the Right justification in its continuing promotion of racism, sexism, heterosexism, ableism, xenophobia, patriarchal Christian white supremacy, all forms of oppression. It is a term of intimidation and resistance to progressive social change.

Here are the 10 gayest cities in the U.S. & the list will surprise you