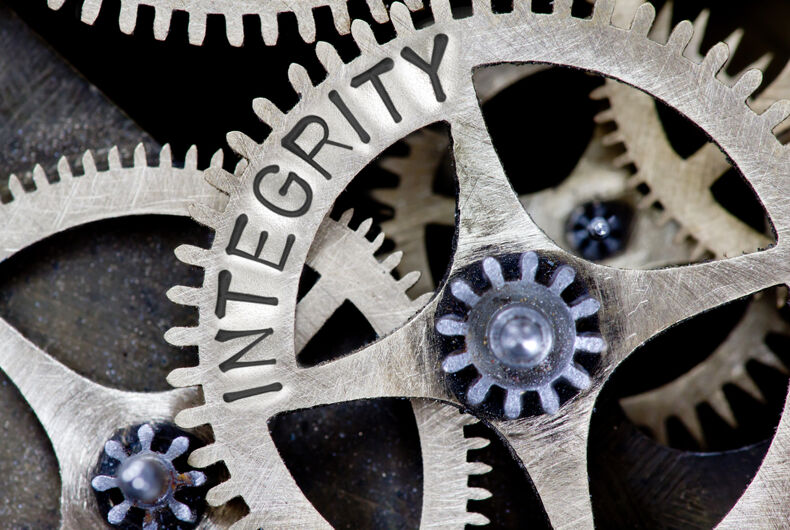 Each person must ask themself continually over the course of their lives: How much of myself – my integrity, my wholeness – do I desire to hold onto no matter what, and what am I willing to sacrifice?

These reasons may include anything from being liked and admired by following the pack (even though one knows to do so violates some basic principle one holds dear) to acting for financial or political expediency.

In the House of Representatives’ dual impeachment hearings and subsequent Senate trials of Donald John Trump, the concept and demonstration of this precious notion of integrity must function as our lens of perception in assessing the validity and reliability of the process.

Validity and reliability serve as the two foundational standards on which quality research and in coming to the truth rests. Validity concerns the accuracy of what the research is constructed to measure, and reliability is about the consistency of the research methods or techniques when used in subsequent or similar contexts or by other researchers.

We must apply “integrity” as our lens of perception when assessing multiple and simultaneous levels: individual “players” within the Executive and Legislative branches, the presentations of the prosecutorial and defense teams, and Congress as a larger body. We also must not forget to include the press in their reporting of events.

The jury has already ruled on the integrity of the primary defendant in the case, former President Donald Trump. Even his defense team failed to attempt to champion this man’s character or deflect accusations of his corrupt words and actions.

Obviously, it is clear that Trump long ago relinquished virtually every part of his integrity – including his empathy, care, and concern for others and his reliance on the truth – for personal aggrandizement, financial gain, and power. By so doing, only a hollow and tattered shell of a human being remain.

At the end of my life, I would like to be able to say to myself that my integrity has remained largely intact; I maintained by understanding and owning up to those occasions when I lost my way and, in the process, lost pieces of myself. At those times I hope I can say that I tried at least to make amends to those I may have injured, and, in the process, injured myself.

Wholeness, unfortunately, holds little if any value for some people. They twist themselves into virtual human pretzels to justify actions that are simply indefensible, and fully unjust and unjustifiable. They tell the big and several little lies to others and to themselves.

43 Senate Republicans acquitted Trump, and, therefore, prevented the Senate from reaching the 67 Senators required to convict him of perpetrating the high crimes and misdemeanors to which he stood accused. Even the minority leader, Mitch McConnell, argued that the facts proved the Democratic House Managers’ case.

McConnell, however, and most of the other 42 Republican dissenters based their vote on the false and contrary justification that the Senate did not have the Constitutional authority to convict a former elected official who had already left office.

Not only is this justification hypocritical since McConnell himself prevented the Senate from beginning the trial until the new President, Joe Biden, had been sworn in, but the Senate voted by a majority vote before the trial commenced that the proceedings were, in fact, Constitutional.

The Republicans who voted to acquit not only sacrificed their own integrity but they also further tossed the few residual fragments of the national party to the winds of time, which at this point, remains as a hollow and tattered shell of its former self.

Hopefully soon, these individuals and the institutional shell that is the Republican Party will come to realize that the Trump train has come to a full stop, and they can jump off without injuring themselves further than they have already. For many, however, their integrity has jumped long ago from the Trump wall and can never be put back together again.

Texas lawmakers are trying to pass pro-LGBTQ proposals. Do they have a chance?