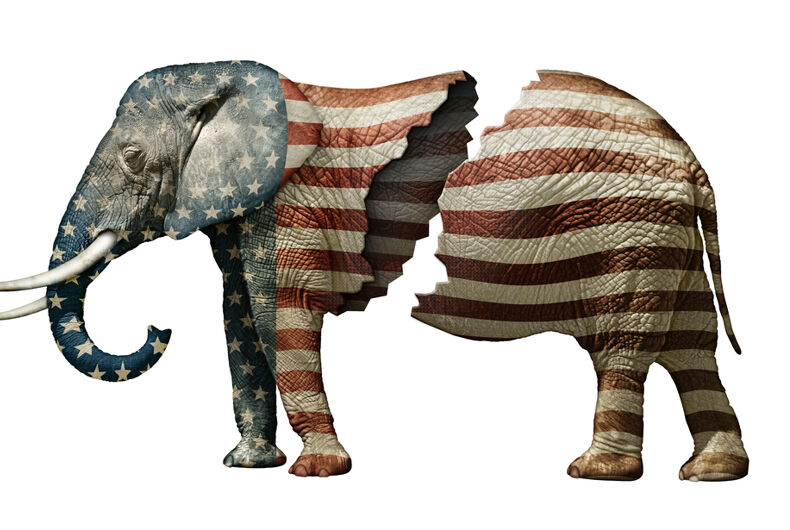 While GOP members of Congress have rallied around former President Donald Trump during his second impeachment trial, moderate and disaffected Republicans are considering forming a new political party. They are considering calling it the “Integrity Party” or “Center Right Party.”

Over 120 former Republican elected officials, administration members, and strategists recently met to discuss how to proceed.

Ex-Republican ambassadors and officials from every Republican administration going back to former President Ronald Reagan are involved in the effort. Evan McMullin, the former chief policy director for the House Republican Conference who ran as an independent candidate for president in 2016, hosted the Zoom meeting.

While Trump’s legal team attempts to defend him against the blistering prosecution from House Democrats, Sens. Lindsey Graham (R-SC), Ted Cruz (R-TX), and others met with Trump’s lawyers. While Republican Senators condemned the insurrectionist attack on the Capitol building by Trump supporters at his urging, they’ve now decided to defend the President’s claims and absolve him of responsibility.

House Democrats played shocking videos of the attack – including rioters beating police officers and calling for the death of House Speaker Nancy Pelosi (D-CA) and Vice President Mike Pence – interspersed with footage of Trump urging his supporters to violence. Sen. Josh Hawley (R-MO) and other Senators who supported Trump’s false claims of election fraud and stoked the fires of insurrection themselves have pointedly ignored the proceeding.

That eight Senators and 139 members of the House – over half of all Republicans in Congress – voted to block the certification of President Joe Biden’s victory was a major source of concern for those gathered to discuss the party’s future.

Not enough Republican Senators are expected to vote with Democrats to convict Trump of sedition despite their previous statements or the evidence presented.

“Large portions of the Republican Party are radicalizing and threatening American democracy,” McMullin told Reuters. “The party needs to recommit to truth, reason and founding ideals or there clearly needs to be something new.”

He said approximately 40 percent of attendees supported forming a third party, but others wanted to form a faction inside the Republican Party in an attempt to “take it back.” This would be the same tactic employed by the Log Cabin Republicans for years until they were consumed by the Trump apparatus and became mouthpieces for the most anti-LGBTQ administration in history.

After the group endorsed Trump for re-election, members fled the organization and talked about forming a different one.