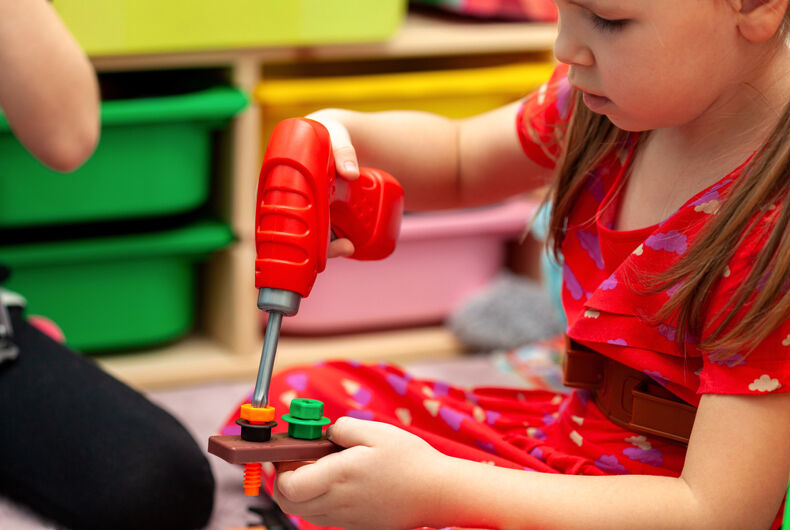 California Democrats have proposed a bill that would ban large stores from separating toys by gender in an effort to promote gender and LGBTQ equality.

“Clothing and toys sections of department stores that are separated along gender lines pigeonhole children,” out Assemblyman Evan Low (D) told USA Today. “No child should feel stigmatized for wearing a dinosaur shirt or playing with a Barbie doll.”

A.B. 1084 would require stores with over 500 employees to sell toys, child care items, and children’s clothes in a section that isn’t divided by gender. It also bans stores – including online stores with a physical presence in California – from labeling parts of that section according to gender.

Low, who chairs the California Legislative LGBT Caucus, co-authored A.B. 1084 with Assemblywoman Cristina Garcia (D) and told the Sacramento Bee that the bill was inspired by a staffer’s nine-year-old who asked why she had to go to the boys’ section of a store to find science-related toys.

“It’s really important that toys and kids’ sections be neutral in order to give kids as many opportunities to flourish and develop and be creative,” said Garcia. She leads the California Legislative Women’s Caucus.

“We should allow our kids to explore and try different things and let them come to their own conclusion of how they will identify themselves.”

In 2015, Target voluntarily said that it would stop gendering children and baby items in its stores.

“Barbies are still going to be with Barbies and Legos will still be with Legos,” a spokesperson for the retail chain said at the time. “We just didn’t feel like having a sign that said ‘boys bedding’ was necessary.”

“As much as I’d like to think of this as watershed legislation, this is something the industry is already doing. We’re just trying to play catch up,” Low said.

So Low believes that this bill isn’t particularly radical. He compared it to a recently passed law in California that bans the Pink Tax, where a product or service is sold at a higher price when marketed to women, even if it’s the exact same thing.