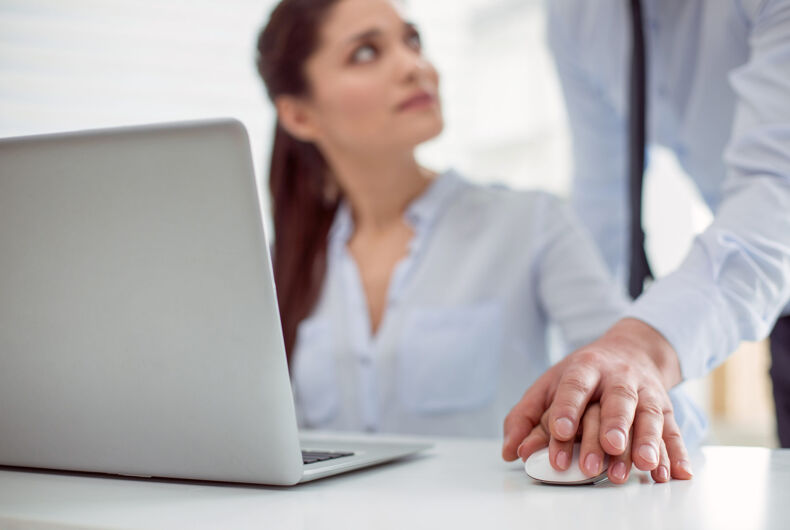 A lawsuit filed in Los Angeles Superior Court has unveiled a lesbian woman’s ordeal in working as an executive in an environmental consulting firm.

Manwarjit Kaur started working at American Environmental Group (AEG) in 2015, serving as the company’s controller. She claims that she was fired in retaliation to her continued complaints about sexual harassment from a male co-worker who had never “been with a lesbian” before.

Related: “Superstraight” is the newest anti-LGBTQ insult. Here’s what it means.

According to MyNewsLA.com, Kaur is suing the California-based company and a co-worker identified as Robert Brown for “wrongful termination, sexual harassment, sexual orientation harassment… and violations of the state Labor Code.” She seeks compensatory and punitive damages.

As the company’s top accountant, Kaur’s biography on the AEG website read “Ms. Kaur is a terrific addition to the AEG Leadership Team” prior to 2017. That all changed, her suit alleges, when Brown began making unwanted advances towards her.

Brown told Kaur that “he wanted to have sex with her, that she was beautiful and that he wanted to date her.” From there, he allegedly started taking pictures of her without permission.

Even learning that Kaur was in a relationship with someone else did not dissuade Brown, her suit alleges. He also desired “to have sex with the plaintiff’s partner.” The report indicates that Brown once made advances on Kaur, saying he had never “been with a lesbian.”

Kaur first filed a complaint internally against Brown in January 2020. Her employer’s alleged response was that she should “remain quiet and keep personal matters to herself.”

She believes that they “viewed her as flaunting the fact that she is a lesbian,” because right before the complaint, Kaur “brought her partner to the company’s Christmas party.”

From there, Brown’s behavior not only continued, but the company increased Kaur’s workload, and she still had to work with Brown. Her further complaints resulted in little change, her suit claims. She also didn’t receive “appropriate pay and bonuses that were given other employees.”

Brown eventually “attempted to touch her” and also “told her he imagined the two of them together.”

In May 2020, Kaur had a panic attack and was put on leave. From there, the company “restructured” and notified her that on September 1, her employment was to end. Kaur believes that her firing was due to her gender and sexual orientation, in addition to retaliation for her sexual harassment allegations.

When it comes to civil rights laws, trans people know what “compromise” means