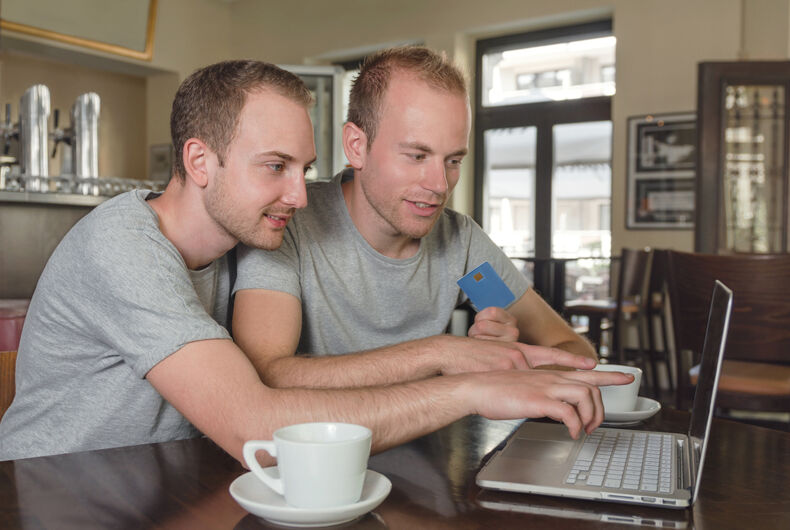 The Consumer Financial Protection Bureau (CFPB), under the direction of the Biden administration, has announced it will now include discrimination on the basis of gender identity or sexual discrimination within discrimination outlawed by the Equal Credit Opportunity Act (ECOA).

The CFPB is implementing President Joe Biden’s executive order from his first day in office, which directed federal agencies to interpret bans on discrimination based on sex to include LGBTQ people, in line with the Supreme Court’s Bostock decision from last year. The ECOA and Regulation B ban discrimination on the basis of sex “in any aspect of a credit transaction.”

Relations: Kyrsten Sinema faces condemnation for “no” vote against increasing the minimum wage

CFPB’s Acting Director David Uejio, appointed by Biden, stated, “In issuing this interpretive rule, we’re making it clear that lenders cannot discriminate based on sexual orientation or gender identity. The CFPB will ensure that consumers are protected against such discrimination and provided equal opportunities in credit.”

The issuance of the “interpretative rule” means that the Bureau will interpret existing laws and policies with a common understanding, rather than creating new or circumventing existing laws and policies. It will be the position of the CFPB, responsible for enforcing the ECOA among other federal consumer finance regulations, that anti-LGBTQ discrimination is not legal for anyone under their jurisdiction.

Being rejected for a credit application by a lender or lending service because of your identity will now not be allowed.

The announcement notes that when inquired about the rule by the Services & Advocacy for GLBT Elders (SAGE), CFPB believed this to be their interpretation of the rule in 2016, under then President Barack Obama. Uejio has been with the agency since 2012.

Issuing the official interpretation is also aligned with Bostock, last year’s ruling recognizing that discrimination is outlawed against people based on their sexual orientation and gender identity. The court’s ruling was interpreted under Title VII of the Civil Rights Act of 1964.

“The CFPB is issuing today’s interpretive rule consistent with the Supreme Court’s Bostock decision and supported by many of the public comments received in response,” they stated.

Recently, Uejio also warned that financial services not to become “lax in meeting their obligation” to respond to complaints, but instead should “redouble” their efforts. He is acting director until Biden’s full-time appointment, Federal Trade Commission Commissioner Rohit Chopra, is confirmed by the Senate. A ruling issued by the Supreme Court last year changed the nature of the position to make its director’s tenure at the discretion of the president.

“SAGE applauds the announcement by Acting Director Uejio and the Biden administration,” SAGE CEO Michael Adams stated, “confirming the vital legal protections LGBT elders – and all LGBT people – deserve regarding something as essential as access to credit.”

Adams said further that this “lifts a burden for LGBT older people who, for much of their lives, have felt compelled to hide their sexual orientation and/or gender identity when seeking access to credit.”

“This explicit interpretive rule renews and formalizes that commitment.”

Today, we issued an interpretive rule clarifying that discrimination by lenders on the basis of sexual orientation and gender identity is illegal. https://t.co/B5t4MxOEUM

Milo Yiannopoulos claims he is now “ex-gay” in latest grift