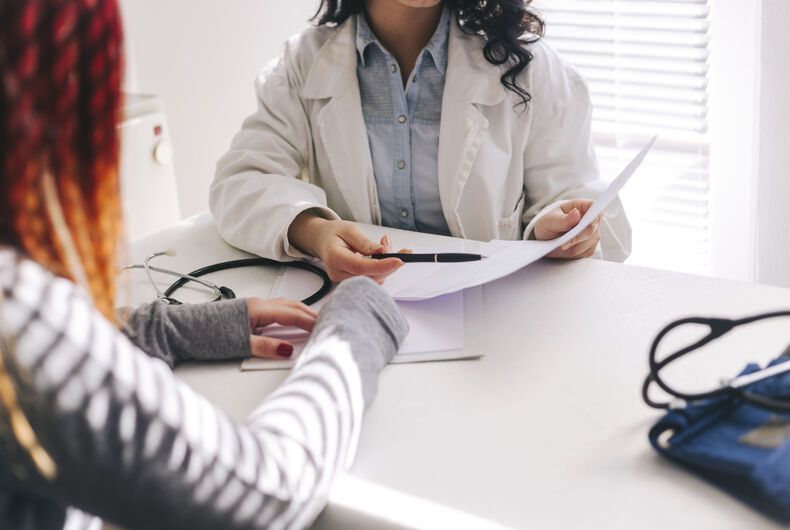 The Arkansas Senate voted yesterday, March 29, to pass a bill banning trans people under the age of 18 from receiving or even considering gender-affirming healthcare, the first of its kind in the U.S.

Having already passed the state house, the bill now goes to the governor’s desk. Unless the Republican governor vetoes it, the Land of Opportunity will become the first state to ever enact such a ban.

H.B. 1570 advanced in the Arkansas General Legislature over the last month after being filed in late February. Being called the “Arkansas Save Adolescents From Experimentation (SAFE) Act,” the bill would ban gender-affirming care of any kind from being given or even offered for consideration to trans youth.

Organizations or facilities providing gender-affirming care would lose state funding, state-operated health insurance would no longer cover it, and doctors that provide such care would risk losing their license. That includes surgery — which trans youth rarely undergo before the age of 18 — hormone therapy, and reversible puberty blockers.

Puberty blockers, like their name suggests, delay the onset of puberty so that transgender youth, their parents, and their doctors can have time to understand their identities and come up with the best path forward. If a trans person stops taking them, then they undergo puberty associated with their sex assigned at birth.

The sponsor of H.B. 1570, Rep. Robin Lundstrum (R), “acknowledged that the surgeries her bill targets are not being provided to youth” and strips them of other care that is essential for trans youth, according to the Herald Leader.

It passed the Public Health, Welfare, and Labor Committee last week after passing the state House. The committee did not even discuss the bill; it simply passed it with a vote without hearing opposition.

On the third reading, the Arkansas Senate passed the bill. The final vote came down to 28 in favor and seven against. All Republicans in the chamber and one Democrat, Sen. Larry Teague (D), voted in favor while all other Democrat and Independent members voted against the bill.

The Arkansas GOP has a supermajority in both chambers.

Chase Strangio, the Deputy Director for Transgender Justice at the American Civil Liberties Union (ACLU)’s LGBT & HIV Project, has called the measure “the single most extreme anti-trans law to ever pass through a state legislature.”

“There is NOT a medical debate over this care. There is a consensus that it is safe, effective, and necessary,” Strangio tweeted last week. “Stripping youth of this care even when it is recommended by their doctors, supported by their parents, and demanded by the dire situations of the youth is cruel and deadly.”

Arkansas Gov. Asa Hutchinson (R) has five days to sign or veto the bill. Activists and advocates are pushing him to veto it, although he’s already signed two anti-trans bills into law in the last week.

Later, Hutchinson announced that he signed the “Medical Ethics and Diversity Act” on the same day, which expanded religious exemptions for health care workers, allowing doctors, nurses, EMT’s, and other workers to refuse care for people if they cite their “religious, moral or ethical” beliefs. This could lead to health care workers refusing to treat LGBTQ people.