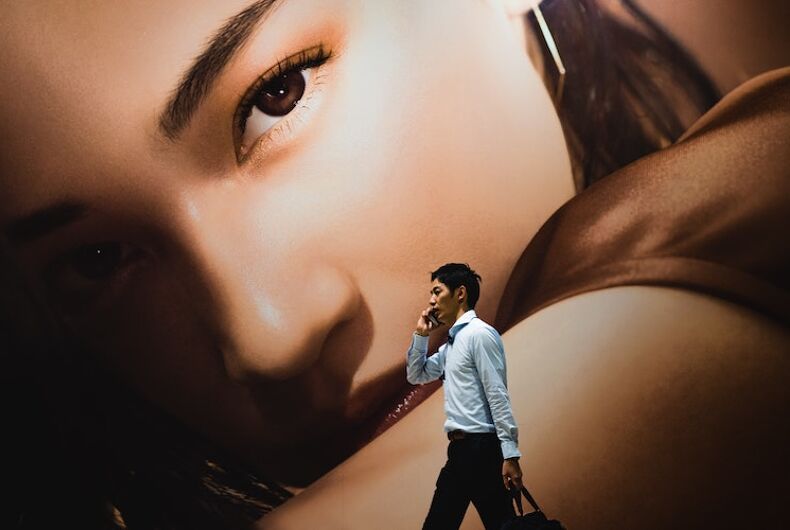 Since the beginning of the Ccronavirus pandemic and former President Donald Trump’s insistence on calling it the so-called “China virus,” anti-Asian/Pacific Islander hate crimes in the U.S. have spiked sharply. Within the past year, approximately 3,800 crimes have been reported, with the majority perpetrated against Asian and Pacific Islander women.

Though investigators haven’t released the motive of the Georgia man who went on a murder spree killing eight people, six of whom were Asian women, these incidents have brought the public’s attention to the stark fear felt within the Asian/Pacific Islander community over the past year.

Related: Why aren’t people talking more about the dramatic rise in hate crimes against Asian Americans?

It also calls on us to reflect on how the United States has not held out its collective hand of welcome to members of Asian and Pacific Islander communities.

From the first day Europeans stepped foot on what came to be known as “the Americas” up until this very day, decisions over who can enter the United States and eventually become a citizen has generally depended on issues of “race.” The nation’s immigration systems have reflected and served as this country’s official “racial” policies at any given point in time.

Europeans on the North and South American continents established their domination based on a program of exploitation, violence, kidnapping and genocide against native populations.

For example, the “Puritans” left England for the Americas to practice a “purer” form of Protestant Christianity. They believed they were divinely chosen to form “a biblical commonwealth” with no separation between religion and government. They tolerated no other faiths or interpretations of divine precepts. In fact, they murdered and expelled Quakers, Catholics, and others.

The “American” colonies followed European perceptions of “race.” A 1705 Virginia statute, the “Act Concerning Servants and Slaves,” read: “[N]o negroes, mulattos or Indians, Jew, Moor, Mahometan [Muslims], or other infidel, or such as are declared slaves by this act, shall, notwithstanding, purchase any christian (sic) white servant….”

In 1790, the newly constituted U.S. Congress passed the Naturalization Act, which excluded all non-whites from citizenship, including Asians, enslaved Africans, and Native Americans. The latter group was defined in oxymoronic terms as “domestic foreigners,” even though they had inhabited this land for thousands of years before the settlers arrived.

The Congress did not grant Native Americans rights of citizenship until 1924 with the passage of the Indian Citizenship Act, though Asians continued to be denied naturalized citizenship status.

Central to the European-American territorial conquest was the concept of “Manifest Destiny,” the belief that providence destined U.S. expansion from the Atlantic to the Pacific (“from sea to shining sea”) by the so-called “Anglo-Saxon race.” In the mind of the European, this belief justified the theft of Indigenous people’s territories and a war with Mexico.

Reacting to the increasing numbers of European immigrants coming into the country, an 1850s movement calling itself “The American Party” (also known as “The Know-Nothings”) formed to “purify” the country by limiting or ending Irish Catholic immigrants and others. They also sought to end the naturalization of immigrants already living here.

The American Party established itself as a “Nativist” anti-Irish Catholic movement by instigating fear among the larger population. They said the nation would soon be dominated by Irish and German Catholics unless their immigration was stopped.

The movement perpetuated the illusion that the Pope had been plotting to control and dominate the nation. While the movement was small in relative numbers, its primary supporters were European-heritage Protestant men.

In 1875, Congress passed the Page Law, which specifically reduced immigration of women from Asia.

The editor of a newspaper in Butte, Montana wrote, “The Chinaman’s life is not our life, his religion is not our religion…. He belongs not in Butte”

Congress passed a law specifically restricting or excluding immigrants based on “race” and nationality in 1882. In their attempts to eliminate entry of Chinese and other Asian workers who often competed for jobs with U.S. citizens— especially in the western U.S.—Congress passed the Chinese Exclusion Act. It restricted Chinese immigrants’ entry into the U.S. for a 10-year period, while denying citizenship to Chinese people already on these shores.

The Act also made it illegal for Chinese people to marry white or Black U.S. Americans. In addition, the 1882 act excluded categories deemed “undesirable.” It prohibited entry by “any convict, lunatic, idiot, or any person unable to take care of himself or herself without becoming a public charge.”

The so-called 1907 “Gentleman’s Agreement” between the U.S. and the Emperor of Japan was signed to reduce tensions between the two countries. It was passed expressly to decrease immigration of Japanese workers into the United States.

The Immigration Act of 1917 further prohibited immigration from Asian countries. In the terms of the law, the “barred zone” included parts of China, India, Siam, Burma, Asiatic Russia, the Polynesian Islands, and parts of Afghanistan.

Between 1880 and 1920, somewhere between the range of 30-40 million immigrants from Eastern and Southern Europe migrated to the United States, more than doubling the population.

Anti-immigrant fear and when Jews were considered “Asian”

Fearing a continued influx of immigrants, Congressional legislators in 1924 enacted the Johnson-Reed Immigration Act (also known as the “Origins Quota Act” or the “National Origins Act”). It set restrictive quotas for immigrants from Asia, as well as Eastern and Southern Europe, including those of the so-called “Hebrew race.” The law also placed restrictive quotes on Jews, Poles, Italians, Greeks, and slaves (creating the initialism J-PIGS).

Jews continued to be, even in the U.S. during the 1920s, constructed as nonwhite. The law, on the other hand, permitted large allotments of immigrants from Great Britain, Ireland, and Germany. This law, in addition to previous statutes (the 1882 law against the Chinese and 1907 law against the Japanese) halted further immigration from Asia and excluded Blacks of African descent from entering the country.

It is interesting to note that during this time, Jewish ethno-racial assignment was constructed as “Asian.” According to historian Sander Gilman, “Jews were called Asiatic and Mongoloid, as well as primitive, tribal, Oriental.” Immigration laws were changed once more in 1924 in response to the influx of these undesirable “Asiatic elements.”

The National Origins Act of 1924 established quota percentages based on the census population in 1890. The number of immigrants to be admitted annually was restricted to 2 percent of each nationality’s foreign-born individuals already living in the U.S. by 1890.

This quota severely restricted immigration rights almost exclusively to northwestern Europeans to “protect our values … [as] a Western Christian civilization.” It functioned to prevent Catholics, Jews, Hindus, Muslims, and other non-Protestant groups from immigrating to the United States.

The World Wars and the internment of Asian-Americans

In the Supreme Court case Takao Ozawa v. United States, a Japanese man, Takao Ozawa filed for citizenship under the Naturalization Act of 1906, which allowed white persons and persons of African descent or African nativity to achieve naturalization status.

After the U.S. entered World War II at the end of 1942, U.S. policy reflected the tenuous status of Japanese Americans, including those born in the United States. Military officials uprooted and transported approximately 110,000 Japanese Americans to internment (concentration) camps within several interior states far from the shores.

In the landmark 1944 U.S Supreme Court decision of Korematsu v. United States, the court ruled their placement in internment camps as constitutional in a 6-3 vote. The court ruled that Executive Order 9066, the order requiring the camps, was “a matter of military urgency.” As such Japanese-Americans were forced into internment camps during World War II regardless of citizenship.

Not until Ronald Reagan’s administration did the U.S. officially apologize to Japanese-Americans and paid reparations amounting to $20,000 to each survivor as part of the 1988 Civil Liberties Act.

Though the Magnuson Act of 1943 gave Chinese immigrants a path toward citizenship and the right to vote, federal policy disqualified immigrants from most other Asian countries citizenship status and voting rights until 1952.

Finally, in 1952, the McCarran-Walters Act overturned the “racially” discriminatory quotas of the 1924 Johnson-Reed Act. It passed despite President Harry Truman’s veto.

Framed as an amendment to the McCarran-Walters Act, the Immigration and Nationality Act of 1965 removed “natural origins” as the basis of U.S. immigration legislation.

The 1965 law increased immigration from Asian and Latin American countries and religious backgrounds. It permitted 170,000 immigrants from the Eastern Hemisphere (20,000 per each country), 120,000 from the Western Hemisphere, and granted a total of 300,000 visas for entry into the country.

Immigrants who enter the United States are pressured to assimilate into a monocultural Anglo-centric culture—thinly disguised as “the Melting Pot”—and to give up their native cultural identities. Referring to the newcomers at the beginning of the 20th century, one New York City teacher remarked: “[They] must be made to realize that in forsaking the land of their birth, they were also forsaking the customs and traditions of that land.”

By the start of the 1900s, an “Americanist” assimilationist movement was in full force. In 1907, President Theodore Roosevelt proved himself an outspoken proponent of this concept:

“If the immigrant who comes here in good faith becomes an American and assimilates himself to us, he shall be treated on an exact equality with everyone else…. But this [equality] is predicated on the man’s becoming in very fact an American and nothing but an American,” he said.

“There can be no divided allegiance here. Any man who says he is an American but something else also, isn’t an American at all,” he continued. “We have room for but one language here, and that is the English language, for we want to see that the crucible turns our people out as Americans, of American nationality, and not as dwellers in a polyglot boarding house.”

Racial profiling, the obstacle to a multicultural symphony playing in harmony

Many members of immigrant groups oppose assimilation and embrace the concept of pluralism: the philosophy whereby one adheres to a prevailing monocultural norm in public while recognizing, retaining, and celebrating one’s distinctive and unique cultural traditions and practices in the private realm.

In 1915, the Jewish immigrant and sociologist of Polish and Latvian heritage, Horace Kallen, coined the term “cultural pluralism” to challenge the image of the so-called “Melting Pot,” which he considered inherently undemocratic.

Kallen envisioned a United States in the image of a great symphony orchestra, not sounding in unison (the “Melting Pot”), but rather, one in which all the disparate cultures play in harmony and retain their unique and distinctive tones and timbres.

Social theorist Gunnar Myrdal traveled throughout the country during the late 1940s examining U.S. society following World War II. He discovered a grave contradiction which he called “an American dilemma.”

He found a country founded on an overriding commitment to democracy, liberty, freedom, human dignity, and egalitarian values, coexisting alongside deep-seated patterns of racial discrimination that privileged white people while subordinating people of color.

These days, racial profiling helps maintain that dilemma. The human rights organization Amnesty International states that “Racial profiling occurs when race is used by law enforcement or private security officials, to any degree, as a basis for criminal suspicion in non-suspect specific investigations.”

Racial profiling constitutes a form of discrimination, based on race, ethnicity, religion, nationality, and other identities, which, Amnesty International declares, “undermines the basic human rights and freedoms to which every person is entitled.”

If we learn anything from our immigration legislative history, we can view the current debates on immigration and anti-Asian sentiment as providing a great opportunity to pass comprehensive federal reform based not on “race,” nationality, ethnicity, religion, or other social identity categories, but rather, on humane principles of fairness, compassion, and equity.

Cops stopped a trans woman because she didn’t make eye contact, then they beat her up